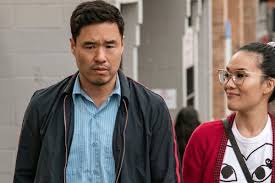 Here is what happen when you don't pay attention to something you click on Netflix.
I saw the title, Always Be My Maybe, but what I really saw was an image of Ally Wong.
Without reading, I assumed it was some limited series and how hard / bad would be to sample the show. And so I clicked.
As it turns out it was a 2019 Netflix movie. It seems Hallmark wouldn't pick it up.
Ok - it probably wasn't as bad a a Hallmark movie, but it wasn't Citizen Kane either. Closer to Erica Kane. It was a bit formulaic - so much so that I guessed one of the closing lines........25 minutes before the end of the movie.
That made me flash on when my friend Jon and I went to see Star Trek 5, where the Enterprise was going to Sha Ka Ree (which we immediately changed to Chaka Kahn.....as in Wrath of....).  THAT movie was so predictable, that when I said, "I could have written this..." Jon stopped me in my tracks and said, "thank g-d you didn't!".   Truth.
I've gotten off track.  Wong and Randall Park created, wrote and star in this movie of two folks who've known each other since they were kids, had an unsatisfactory sexual experience as teenagers and drifted apart...............until they didn't.
Park is in many things, but I best know him as Senator Chung on Veep, though he is on Fresh off the Boat - which I've never seen, though that also stars the chick who was headlined Crazy Rich Asians.
I mention this as the rest of Asian Hollywood who was not in that movie is basically in this one. The other six.  .....though Jin from Lost was totally hot. 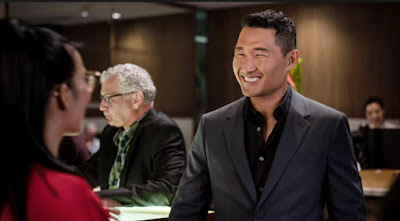 ......oh, and Keanu Reeves........playing himself.
I think my biggest issue with this is - and it's a theme of the 2021 things we have been seeing - wasted talent.
Wong is funny and talented, but you wouldn't know it here. Allegedly she's also a script doctor on Park's sitcom - so in theory she should know how to write. But 30 minute sitcoms are nothing but formula, so maybe that is all she can translate to the larger format?
Oddly enough, I liked the band Park is in during the movie.
Like so many other things we've seen, Maybe had potential, but when the most interesting thing going on in the film is Reeves playing himself, you should have known you were in trouble.

Song by: Buddy Holly & the Crickets

Well no need to watch that! Have a good Sunday Blobby family!

Watched this three weeks ago, after my Zumba instructor was after me to watch it forever... Loved the male lead. Very sexy. And his band WAS fun. He was fun. The rest? I dunno... why does every movie happen in a certain tax bracket? Seriously tired of it. Like ordinary people NEVER have complicated relationships... only the extremely privileged. Wong was fine. Canoe was fun, too. But, naw. Crappy movie. Except for the lead guy. Super hot. Grrr. Okay... here are some suggestions... Laura Gets A Cat. Miss Nobody. Don't Talk To Irean. Sassy Pants. Toss It. Spinster.

I do not care for Mr. Reeves.