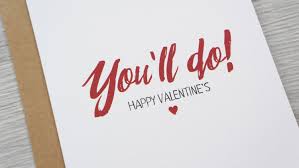 For something to post, I'm "lifting" a meme from Dr. Spo. I'm not sure I come out looking so great in all of this.

It is Valentine’s Day and there is a meme on Facebook (or so Spo says) I thought I would try here. Feel free to copy such a play along.
Where you first met: (this will KILL Spo). THE Ohio State University Hospitals.  10 East Rhodes Hall.  Rhodes. As in former Governor James Rhodes. Same one who sent National Guard to Kent State in May 1970.
How did you meet:  We were both working on the same unit. 710 was permanently there (for the most part). I was a 'float', but did a lot of time on the Hem / Onc unit.
First date: We had a few 'group' outings with folks from the nursing unit after work. I think they were trying to set us up. First date was thwarted by my broken down 1971 waxberry Maverick, but 710 came to rescue me, so........white knight and all.
How many years together: we met in November 1984. We didn't start going out until January 1985.  So, that is 36 years folks. Sorry if you had to use the WOPR 2000 to calculate that.
Age difference: Three and one-quarter years. Give or take. I'm younger.
Who was interested first: I don't know. I think I was, but I honestly do not know.
Who is taller: I am. Considerably.  Ok, not considerably. But I do say, he doesn't meet my usual height requirement and that I made an exception.
Most obnoxious in-laws: This sounds like a relationship killer question. I have a feeling we both think our own parents are were the more obnoxious pair. If you don't take into account parents, then I "win" (?), as I have four sisters.
Who said “I Love you”first:  No idea. I'm guessing I did?
Worst temper: Oh lord. Me.  Hands down. 710 doesn't have a temper, which makes mine seem even more extreme. I have been SO much better about it since when we started out.
Most sensitive: I like to think of myself as rough and tough, but I'm far more thin-skinned than I'd like to be. Or think I am.  Or want people to think I am.  {sob}
Most annoying habit: His?  Or mine?   We fixed his one bad habit (well, according to me).  Me? I have none. So......problem solved.
Most forgiving: Him. I'm "exhausting", as I have been told.  Repeatedly.
Loudest: As if this even a question. As my mother said, and 710 will remind me (along with just about anyone else who's heard the phrase):  I've been blessed with a voice that carries.......
Most useless facts:  total toss up. His are more about engineering and such. Mine are more pop culture.
Funniest: I am. C'mon!   But do not count 710 out. While he cannot tell a joke to save his life, he catches me off guard often and makes me laugh and laugh. Part is because you're never expect him to. And he really knows me and can push buttons - in a good way.
Who Wears the Pants in the Family:  Hmmm. I'm really going with Sophie. But since that is not really one of the options, I think each of us has one pant leg.
Most stubborn: Guilty. But we both have our moment. We try to work out a system for this and when we remember to invoke it, it kind of works.
Falls asleep first: When we used to go bed at the same time, and if he stopped his book in progress, 710 can fall asleep in about 20 seconds. No lie.  I fall asleep in a few minutes. I don't stay asleep, but.......    Anyway, now-a-days, I usually go to bed a half hour before 710 and in dreamland far before he comes in.
Most impatient: I am. By far.
Better driver: I'm not casting dispersions,  I'm just saying I have a lot less tickets and accidents than 710. To be fair, none of the accidents were his fault. I do drive, for the most part, wherever we go.  Any armchair psychologist will say it is a control issue thing.
Biggest neat freak: 710 is neater than I. Though since we've moved last year, we are both pretty diligent about neatness.
Most social: I guess it would be me. 710 is social once he's out in that social situation.
Most competitive: I think it should go without saying, that it is me.  I say, "I win!" a lot.  I get eye rolls.  A LOT.
Best cook: We both do well. I might be a bit more adventurous and the one looking for new things. More importantly, he cleans.
Who is the handy-person: 710 has been tinkering with things since he was a child. He can build and fix most anything, and I'm happy to let him.
Post a picture:

Happy Valentines Day to you both!💕Im pleased to to see an image of 710, from the answers on this questionnaire or whatever, seems like
It’s fire and Ice. I really hope you bought him a great Valentines gift or tell him you love him a whole bunch today. I think you won the lottery when you met and stayed with him. A good man can cover a multitude of gaps and make our fabric whole. Obviously he does complete you. You are definitely no slouch Blobby, but sometimes we or the person we are with ,make a choice that lasts a lifetime! Good choices by you both!

"I do drive, for the most part, wherever we go. Any armchair psychologist will say it is a control issue thing." - Should have been my answer. It is great to see a photo of the two of you.

Too sweet. Thanks for sharing. I like this getting to know you exercise. Might steal it for my blog on Tuesday... hee hee.

you two sound like an old married couple, like spo & someone, or mitchell and jerry, or penguin & hamster. I published this same meme today.

I know you moved last year, so you don't live near that awful road intersection any more. but WHY did you move? just curious. bigger or smaller house? closer to work? inquiring minds wanna know.

Thank you for playing; I enjoyed reading the answers
I was looking forward to the photo - I think this is the first time I have seen a photo of 710.

Like Spo, I think this is the first I'm seeing a photo of 710 myself. I wouldn't be angry if you shared more.

And like Anne Marie, I want to hear more about the move (with pictures, please?).

Finally, a word about horizontal stripes: No. ;)