Getting Away With It 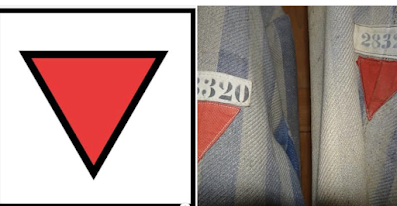 I am kind of sick to my stomach yesterday, and probably into today.
It's a virus that cannot be cured: BLOTUS & CO.  I have another day of my stomach in knots.
William Barr is the Himmler to BLOTUS' Hitler.
Whomever is now running the Voice of America is the new Göring.
If the Third Reich had a government oversight department, whomever that was would have been any number of
Yes, I've pushed this theory of the US becoming Nazi Germany since November 2016, and maybe you roll your eyes at me, maybe not. But take a look. We are here. It's no longer coming.
It. Is. Here.
For months (or longer), Barr has been undermining the entire DOJ. Meddling in cases and sentencing. And now firing prosecutors. I don't see or hear him doing in this in any cases that do NOT involve BLOTUS.
The firing of the NY prosecutor who was looking into Rudy G is the latest. But he's looking at letting some Russians who were being looked at via Mueller to take off the hook. Let's not forget the Roger Stone sentencing guidelines, which he tried to manipulate until the prosecutors walked off the job.
Of course, he has his fingers in FBI shit too, so.......look out there.
As for the VOA thing. There is some new person in there. Whomever didn't quit at her appointment was fired anyways. So...........now they got the propaganda thing down with state media.  YAY!
And in a span of six weeks, BLOUTS has fired five IGs in Intelligence, Transportation, Defense, Health & Human Services and State.  There are were the guys who, you know, pointed out when their government agencies were doing wrong. Now there is none.
But let's take it further, shall we:
You've probably read about the Georgia polling places for their primary?  Nonfunctioning voting machines, mostly in minority areas, people waiting 4-5 hours to vote. And the number of sites were limited too. Sure, they can claim 'coronavirus' concerns, but that doesn't hold water in a state that opened back up first. You can eat and get your hair done, but you can't vote?   Bullshit.
Kentucky is up next. And it is worse:  Once with 3,700 polling places...........they are going to fewer than 200.
Read that above paragraph again.   And then again.
Yes, they do not want you to vote.
Last week, folks in Kentucky waited over EIGHT HOURS in unemployment lines. Their residents are struggling horribly, and Mitch & Co know it. But he's up for re-election, so...........
Yet I don't think anyone is running against him in the primary, but they're setting the tone for November.
Now, I'm not 100% sure that a November election will even be had. By that time, the SS will be fully in place.
Oh yes - let's touch on that, shall we?
The title image. I shit you not, was tried as a symbol for a 2020 BLOTUS ad (the left side of the image). Allegedly concocted by Stephen Miller (oddly, that part isn't a surprise).  Facebook actually banned the ad as promoting hate.
I mean, WTF?
So the GOP isn't even trying to hide it. Yes, the GOP. You can say it was BLOTUS and not the party, but anymore they are completely inseparable. But it was a test balloon, no?  It was: what exactly CAN we get away with?
Guess what: they've already gotten away with it.
Song by: Electronic
Posted by Blobby at 12:07 AM

Email ThisBlogThis!Share to TwitterShare to FacebookShare to Pinterest
Labels: Hate

You paint an horrific picture, B., though totally justified. Who would have thought that a democracy, let alone a world-resected one, could throw up such a leader who would systematically trash, often easily through such abysmal ignorance as well as unparalleled selfishness, so much of established institutions, social safeguards and barriers to blatant prejudice built up step-by-step, brick-by-brick over decades, even centuries? A military dictator who'd come to power through a coup, could hardly have done 'better'. And of course, the scariest feature of all is that there are STILL enough voters to keep him in power - and with evident enthusiasm too! Every day I feel for you and for all decent Americans. Your country is a living warning to what democracy can sometimes deliver - as Hitler himself also came to power through legal election. World beware!

Kentucky was somehow able to elect a Democratic Governor. I feel you, but “ the signs are all around us , that Trump is fading and will soon be swept away” Hold your head up high, Good will ultimately triumph over evil!

how true and how sad.