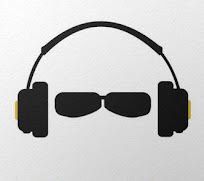 Y'all had to know that this week was going to be the Dixie Chicks, now that their new song, "March March" came out.   (Right now they still have dixiechicks.com....which takes you to thechicks.com. Trust me when I say you do NOT want to go to just chicks.com.)
Actually you didn't know it - and neither did I.
I got a push notification lastThursday telling me that a new song had been released from their forthcoming album, which I had already pre-purchased, so I went a lookin' for the song.
At that time, I did not know that the band had dropped 'Dixie' from their name - but good for them. The Chicks works, but so would have just DCX, which they'd been using off and on for a while.
Admittedly, at first I was intrigued, yet put off, by the song. It was interesting for sure, the arrangement, the instrumentation, the vocal. But my first impression was: this is not a Chicks song. And it isn't - until it is.
Natalie Maines is great in her vocal. As you might expect from a song called "March March" it has a military-istic beat. No fife nor snare, but you get it. There's a sparseness to it yet it that same sound fills up a huge void.  Emily and Martie join in nicely.
Still - while listening, there is a drum and very slight percussion and that's about it. It is the third of three pre-releases where the Chicks sparingly use Emily and Martie's instruments.   Until................
After the vocal.
Then the sisters come in. The fiddle is noting but haunting. The instrumentals truly end up making the song. The banjo too. They're overt and not at the same time. But it resonates on every level. Before the end of the first play, the song I was questionable about in the first place grabbed ahold.
And if when Natalie sings "half of you love me, half already hate me", she's A. not lying.  B. about to get more people to dislike her. I mean, if they truly listen to the lyrics, more when they watch the powerful as fuck video.
No Chicks in the video, just moving images from any number of protests:  Selma, Chicago in '68, Pride, Million Man March, Women's March on DC, George Floyd, Parkland, Greta, Malala, Gloria Steinem and Angela Davis.  It's pro-gay, pro-black, pro-woman, anti-violence, anti-hate, anti-gun - I'd take it a step further and call it anti-South.
The Chicks may have burned all those bridges back in 2003 with 13 words, but they are fucking torching the place with this song and video.
Posted by Blobby at 12:07 AM

I listened to this earlier before I saw it posted here tonight/ this morning. These girls -ladies have some of the biggest talent that I’ve ever heard . The fact they have been willing to sacrifice a large portion of what could have been unlimited success, makes me respect their values and their honesty. I get lost in songs like “When you were mine” and the cover of “ Landslide “for sheer talent and pleasure. I still wonder If I am as strong as these ladies are and wish I put myself out their more than I do!

I've been listening to it as well. It is a powerful song made all the more so by the images shared in the video.