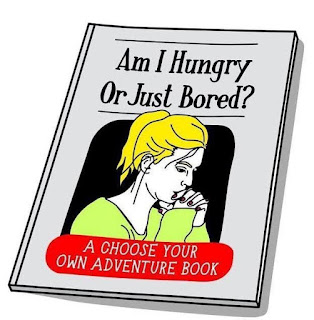 Blobby had a doctor's appointment a few weeks ago, and heard the four worst words you can possibly hear at the doctor.

I knew it was coming. And even worse, knew what the read out would be.

Somehow whilst on vacation back in July and August, I figured I had to have dropped five. I was walking 10 miles per day.  I was swimming at least twice per day. My food and alcohol intake wasn't anything bad. Honest. Yet I came home almost 5 pounds to the plus side. Not plus size.

Ok. That last line isn't quite accurate, is it?

Maybe it's just age and metabolism doing  me in.

To my credit (?), this is not the heaviest I've been, but I don't care for the direction it's going......or looking in the mirror.

Honestly, in my life I've never dieted.  Mort will do alcohol free months.....ok....month.....singular, but booze isn't the issue of my weight, or so I'm assuming.  I believe it to be a white substance far more addictive than cocaine.

Notice I didn't say 'no sugar'.  I'm not fool enough to think I can forsake all sugar. But there will be no cookies, cupcakes or the likes in the house for a month.  Well, a month and two weeks, as we finished anything we had and have opted not to buy more.

In my head, I'm taking us to the end of October to see if we notice a difference. We started two weeks ago.

I've also taken this one step a little further.  I'm packing my lunch more and more and there are no such thing as chips going with me to work. Carrots and celery are now my friends.  Any snacking I do consists of nuts, bananas and apples.  While I will take chicken salad or tuna, there is no longer bread.  But if I take cucumber slices and put either of those on, you certainly will get full. 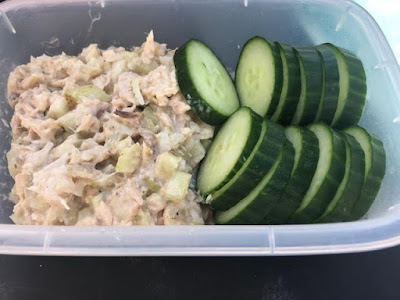 Oh, and water. At this time, I'm taking in somewhere between 100-120 oz of water per day. 64 is recommended, but me being me, has to 'beat that!'.   This is foolish of course.  My getting up in the middle of the night to pee due to so much water isn't helping my already poor sleep habits.

I have a goal in mind for how much I want (and need) to lose. But I will try not to go back to old habits.

Over last weekend, we went to dinner at my niece's new house (where she is living in sin!), and took the dessert: six chocolate chip cookies from one of the best places that makes them.  In theory there was one for each guest, ourselves included.  Neither 710 or I had one, nor did we take them home.  As 710 said, he misses the routine, not the dessert.  That's fair.

When going to see Downton Abbey, I automatically stopped at concessions and then thought to myself, "what am I doing?" This showed me it's much more about habit than want or need.

It makes sense to make more sensible choices. My exercises has been on hold......I'm down to just one bad shoulder, but I need to get back to a gym too.  I hope to continue eating better even after the month, but I don't believe in cutting out anything completely, be it a carb, sugar or fat.

I shan't be mentioning my weight until the end of October or so.....and I'll let you know if I'm headed in the right direction.......or not.

I hear ya; sugar is my downfall. and it's in EVERYTHING.

I made a conscious decision to cut out sweets over a year ago, and it didn't take long for me not to miss them. I always had to have a cookie or bowl of ice cream in the evening. Or if we didn't have those I'd smear jam on anything I could find. I'll have an occasional bite of something to be polite, but otherwise sweet-free. Ditching bread is also a good idea - I still have an occasional sammich, but when possible I get the innards without the bread. Good luck on your new journey!

Don't panic! You're getting fitter--no fatter.
All that walking and swimming is building muscle which is denser and weighs more than fat.

I feel for you, Blobby, truly! I haven't had sweets for two months now. I'm also on the "breathing in the aroma of bread is too many carbs" diet. I have a somewhat massive sweet tooth, but it's the carbs that does one in. My glucose levels are now manageable, and I didn't crave the sweet potato pies that I baked for Balder Half in celebration of 20 years in the fire services. No, I did not crave, even when I had to taste it while preparing. No I didn't crave while the enticing aroma wafted through the house with mouth watering goodness. No, no, no! I was very good. I hope I don't have to bake another one!
Good luck with your endeavors.