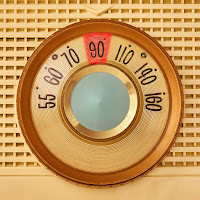 How that fuck did that happen?  Back then I was in high school, waiting, knowing, I had to make it through school and then work, only then to drive out to Peaches Records to purchase the double disk for a whopping $16.99.  At the time, it was the highest priced record ever released.

While Rumours was more commercial, Tusk had way more appeal for me.  Selling only four millions copies, it was considered a bomb compared to the then 18 million for Rumours (now that number is past the 40 million mark).

Christine McVie's songs were not radically different here. Stevie Nicks' songs were not either, though longer, as the band had two disks in which to expand. It was Lindsey Buckingham - his songs and production - that had the band veering out of their normal lane.

With this disk, it is arguably the best Nicks' songs have ever been or sounded, and I would attribute that mostly to Buckingham's production work. She has the least amount of songs on the disk, but the most amount of time.

I'll use her "Angel" as today's example. Oddly enough, Bob Welch, when he was with the band also had a song by the same name.

Nicks says she tried to purposefully write a rock and roll song, as most of hers, well, are not typically 'rock'. She succeeds, and she doesn't. It's a good attempt, but still has writing style intact. Oddly, this was probably a better choice for a single than "Sara", at least in terms of radio airplay, but it never came to pass.

40 years later, I still like the album, and the song.