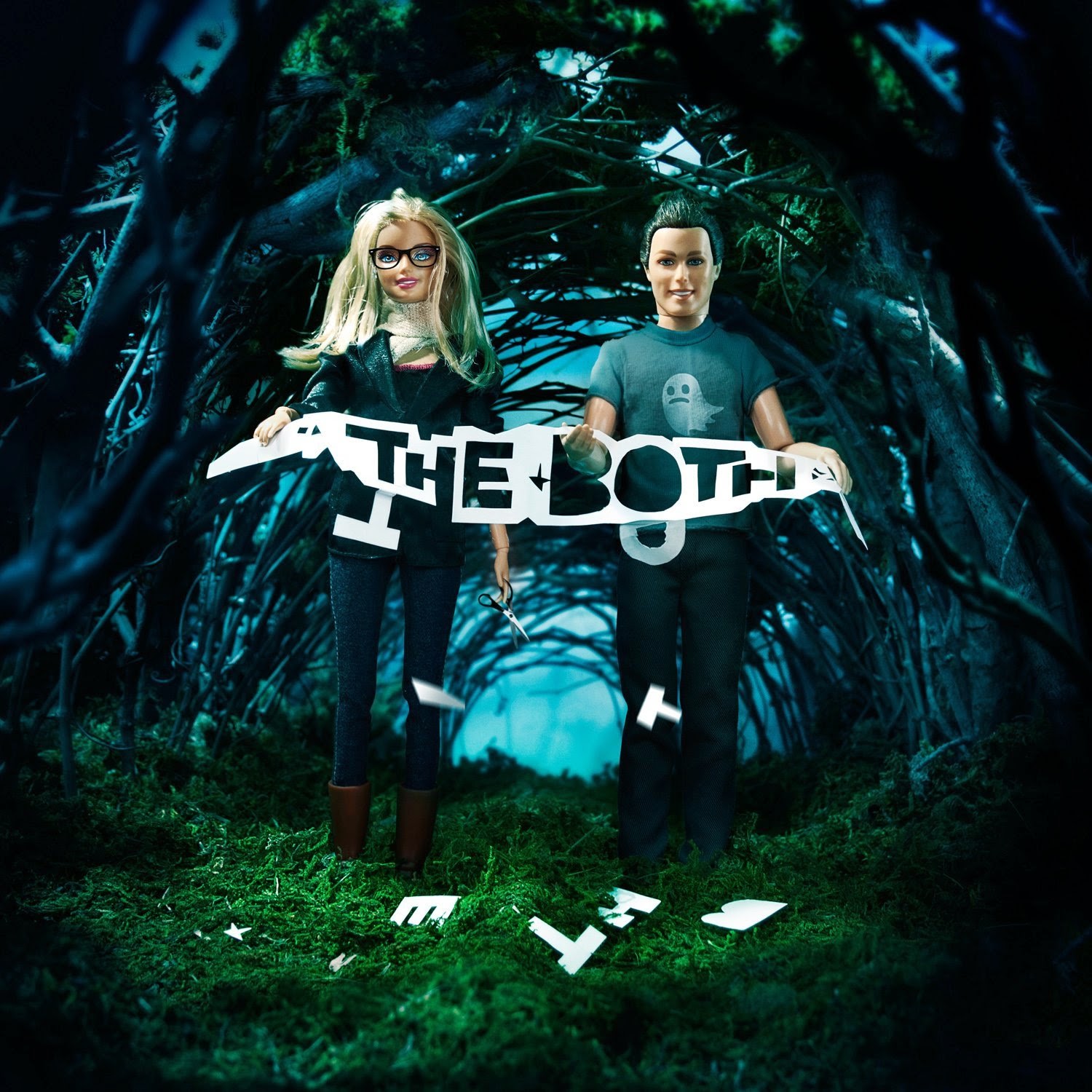 This is about the quickest Aimee Mann has come out with a disk. She's not highly prolific, but she also doesn't have the corporate backing to release things on her own label as easily - I'm assuming.

After Charmer (2012), this is a quick turn-around, though technically this is not an Aimee Mann disk.

On her last solo disk, she had a great duet with the lead singer from the Shins, and while I loved it, I wrote that I didn't think I wanted to have her do a full disk of them.

But Mann has teamed up with Ted Leo to form the Both.  Leo opened up for Mann on her last tour and they began performing and then writing together.....then recording. And now they have a self-titled debut album.

Save one song, the album was written by Leo and Mann together - no individual songs they brought to the table to record. While there are glimpses of each of their solo artistry, there is a cohesion of a new pairing - taking them both out of their realm and forging a new one.

While now and again a song might be more Mann or Leo heavy, I dig it more when they vocally collaborate. So maybe I was wrong when I said that about a Mann duet album back in 2012.

The disk just came out, so I haven't had tons of time to spend with it - so I hope I'm not short-changing it (or overselling it).  And since it is so new I'll only mention a few songs.

I'm loving "Volunteers of America" right now, it's the highlight of the disk for me, but I reserve the right to change that in a month or three. "The Prisoner" sounds eerily like something Mann's husband, Michael Penn, would write or record.

So far, the only song that isn't working for me is "Honesty is No Excuse".  Oddly enough that is the song they did not write. Maybe I shouldn't have read the credits first, as maybe it skewed my though, so I'll give that a few more go-rounds too.

But overall, it's more than a worthy disk.  I don't know anything about Leo (sorry), but it rocks a little more than Mann's disks, and it has an energy to it that I love when Mann does that on her disks, but sometimes she doesn't do it enough.  With the Both, they do.
Posted by Blobby at 12:04 AM

You should write record reviews for a news outlet. You seem to really enjoy critiquing music.