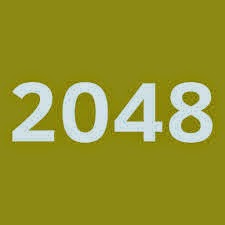 This month we have a game as the App of the Month.  And yes, of course it's free.

Of course, not all numbers are next to each other, so you have to find a way to move them in a fashion not only to combine them, but to place them next to an equal number to combine those.

Yeah, I know - as I read what I just wrote it makes little sense......at least in text. 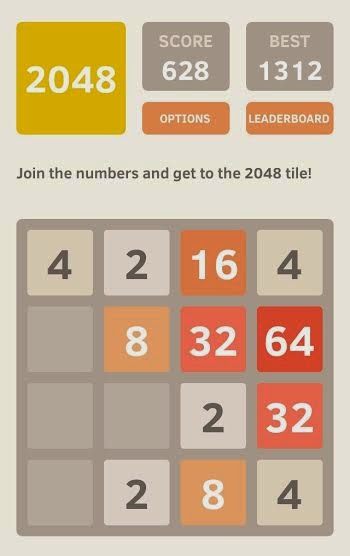 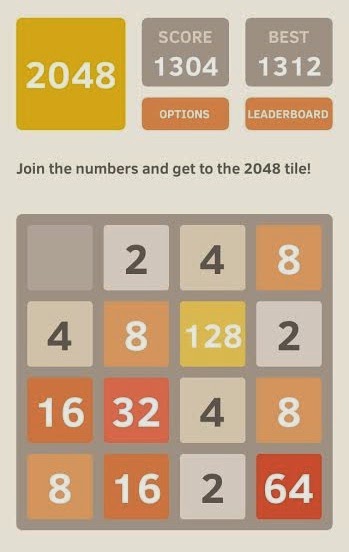 Yeah - that should do it.

Ok - just keep swiping your fingers trying to get the the same number next to each other and combine them. Keep doing it until you get to 2048.

While there is a score, that is not where you're looking to get 2048. You're trying to get that 2 to a 4 to an 8 to a 16 and so on until you get to the number.  I'm not sure what you get the score for. In theory probably want a lower score when you hit 2048 - as it means you've done it in the least amount of moves.

There might be instructions, but hell if I'm looking those up. I'm a guy.

Oddly (or not), this game is soothing to me.  There is no timer. Things do not come down, or show up, faster as time goes on. You only lose by running out of space until you are unable to complete your task of getting to 2048.

But there is a Beautiful Mind aspect to it. You see patterns on how you should move numbers and where to achieve your goal. After a very short while you don't even really think about it - you just do it.

And after the first 3-4 moves, it absolutely matters which way you combine numbers. You might think seeing three 4s in a row, knowing you have to use two of them to make 8 is easy, but you must pick the correct two to combine.

I've only had the game for four days now but have not achieved 2048.  But I will.

Oh - and the game is horribly addictive.
Posted by Blobby at 12:06 AM

I don't play any games but tried this and it's sorta like combining tetris and sudoku and rubric's cube - 3 games I do like. I'll be playing this one and telling my nephews about it. Thanks!