Time of the Season 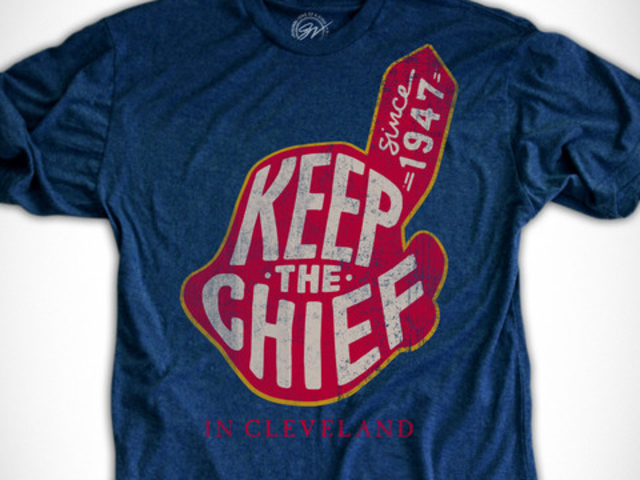 I'd say that it's probably not the popular opinion to want to keep Chief Wahoo as the Cleveland Indians symbol, but that might not exactly be true either.

A company selling 'Keep the Chief' t-shirts cannot keep them in stock.  And I know I'm cheap, but the shirts ain't:  $25 a pop.

I guess this could just mean that there are a lot of pseudo-racists in Cleveland.

I say 'pseudo' because I don't think (most) Indians fans have anything against Native Americans. I'd venture to say 99.7% of them has even met one to form an opinion one way or the other.

There is another movement in Cleveland to remove Chief Wahoo from all existing clothing - not even just eliminating him from new stuff. It has momentum, but these things always do at the beginning of the season. There will be a physical protest today - Opening Day - and then you won't hear from that faction for another year.

It could be argued Wahoo is a racist symbol, but I don't see it like the way the Washington Redskins are a verbally offensive name or the totally demeaning tomahawk chop that the Atlanta Braves and Seminoles of FSU did (or still do?).

Chief Wahoo is a caricature, not I don't think ever meant to disrespect Native Americans. Granted, I wasn't in the room (or even born) when the Chief came into existence, so I don't know the discussions that happened. Derived from reality but not actually real - nor do I think anyone with an IQ over 80 would think that.

I have no easy answer on if Wahoo should go away or not. He's a part of my upbringing and never once had a racist thought crossed my mind concerning him and any Native American. And yes, I have him on many a hat, t-shirt and sweat shirt. I'd miss him and rather not just have a upper case 'C' on my clothing.

I guess time will tell. It doesn't sound like the Washington Redskin name is going anywhere anytime soon.

Maybe we can win one pennant before the Chief is retired.

they STILL do the chop in ATL; it pisses me right off.

our opening day is 4/7, and already we suck at baseball; our bullpen gave away 2 games to the TX rangers this week. no pennant race in THIS town, fer sure.

racist names/symbols don't really belong in a polite society. but how to change them?

what a topic. I don't envy those trying to sort it out.