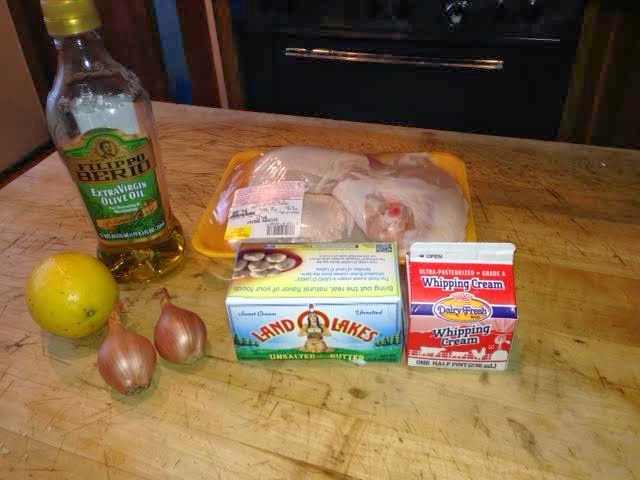 710 rolls his eyes at me when I tell him on Tuesdays that we are having chicken for dinner.

It's not so much that I am a creature of habit - though I probably am - as that I don't want used chicken parts and its packaging hanging out in the trash for days on end, smelling up either the house or garage.

Trash day is on Wednesdays, so I can toss that stuff Tuesday night and it is gone the next morning.  So yeah, it's not that I won't have chicken the rest of the week, but by that time, I've already cooked the chicken and can do things with it later.

But last night was Tuesday and well, Tuesday is chicken night.

Shallots seem to be my go-to thing lately. They can make me tear-up as much as a full sized onion, but sometimes it is better to cook with them. Last week was the first time I used non-minced / diced ones. (btw, Mike and his husband made that same dish. I guess others read the NYT magazine too....or just stalking me and my cooking.)

Last night it was chicken breasts with the skin, and a shallot cream sauce.

First off, Ina's recipe (oh yes, I just call her "Ina" now.....no need for last names or titles) called for boneless breasts with the skin intact.

Good luck trying to find that. She says to ask your butcher to debone them, but unless I'm going to a Whole Foods or Fresh Market, you pretty much get what's in the case. I even went to a better grocery than our next door one and they just told me I needed to bone the breast myself.

I'm up for a good challenge and you know, it's a fuck of a lot cheaper with chicken on the bone.

Now, you could cook this bone-in (hehehehe), but it can be messier to eat and I was now up for that challenge. So deboning (hehehehehe) I did.

The recipe also called for a cast iron skillet. I know we had one, but for the life of me could not find it. A all-clad will have to do. 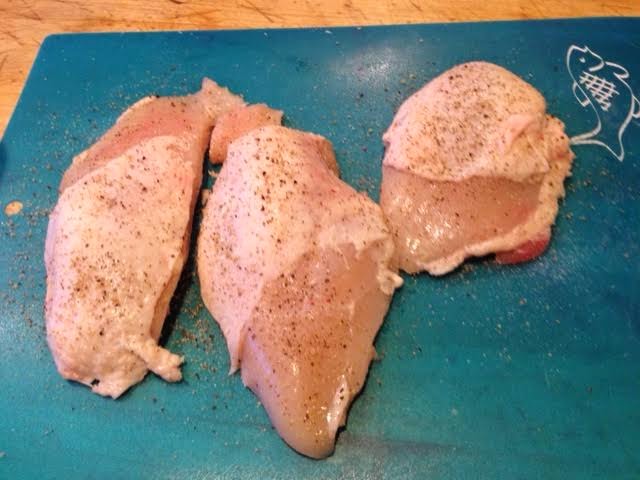 Ignore the fish on the cutting surface.  This is the nicely deboned (hehehehe) chicken. Pat them dry and salt and pepper them liberally. 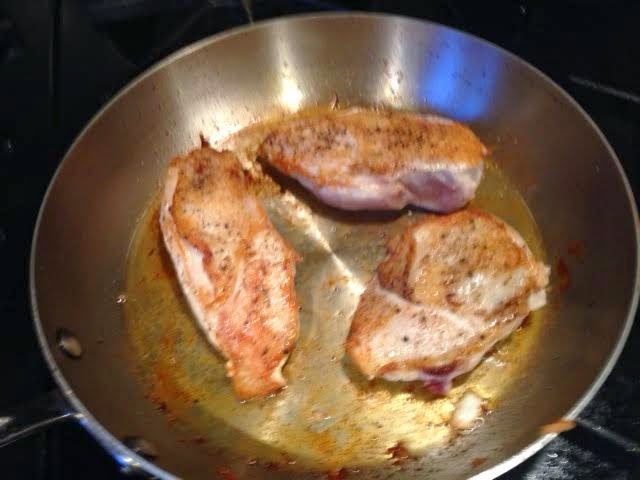 Place them skin side down. Leave untouched for five minutes.  Turn over, cook 3-4 more minutes. Place pan in a pre-heated 425 degree oven.  Cook for 12-15 minutes. 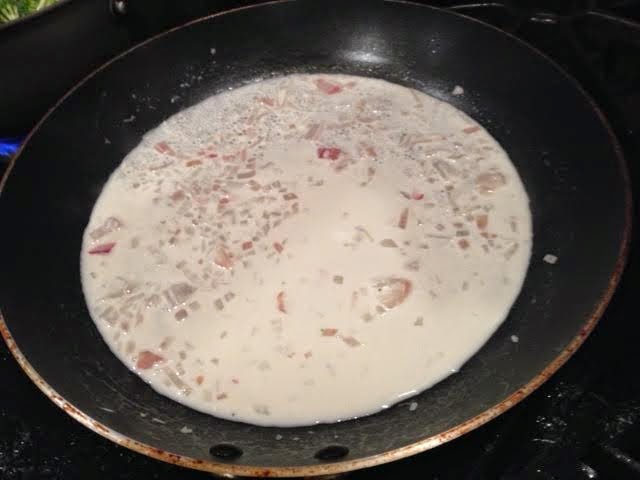 Add wine, lemon juice and shallot. Turn on the heat and reduce the sauce. Add heavy cream and incorporate it all together. Turn off heat and add in the butter.  Salt and pepper to taste.

Spoon sauce over chicken and serve. 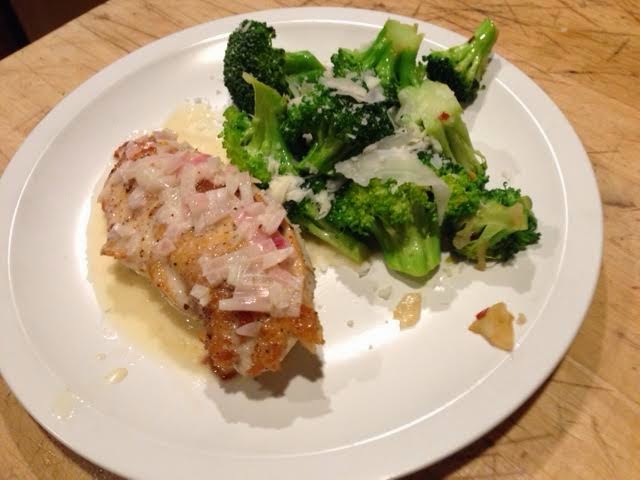 710 liked it, though not as much as myself. He used his sauce more with his broccoli (which I cooked in olive oil, sherry vinegar, garlic, shallot and red pepper flakes - topped with some shredded parm.

But I really liked it. The chicken was incredibly tender and moist - and flavourful.  I'm not sure when I had chicken with the skin still attached.

Maybe I can play with the sauce a little so 710 likes it a little more.

Yet another meal that is simple enough for just us, but good enough for guests as well.