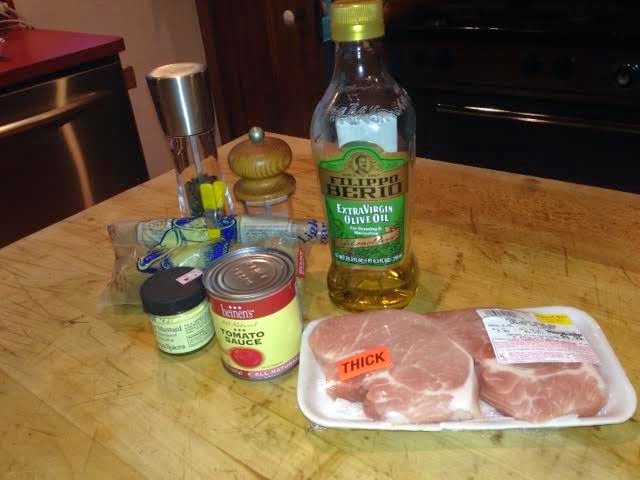 We rarely have pork.

It's just not one of my go-to dishes.

In actuality, most pork products are just not my thing. I like the smell of bacon more than I like bacon.

Somehow saying that out loud in a public forum just lost me friends and readers. Sorry - but it's true.

Now and again, I'll have ribs or on a pizza sometimes I will have sausage or pepperoni, but even lately that isn't often.

You will very very very rarely see me eat a sausage link (yes........get it out of your systems, pervs!).

Ok - I'll have a brat at a baseball game, but chances of any meat being in there are slim to none.

But 710 likes pork. I think he's deprived of it at home, which is why he's happy getting pulled pork (hehehe....pulled pork!) when we eat out at lunch.

Anyhoo....saw just looking for something....anything....new to cook, I got pork chops.

I didn't want just breaded ones or pan fried ones either, but it needed flavour, because let's be honest, pork has very little of it on its own. Maybe that is the reason I just don't care for it that much.

So I played around and looked at a number of recipes. None of them were jumping out at me, or they included ingredients I didn't have in the house and I was too frickin' lazy to make a store run.

Improvisation is the name of the game, no? And by "improvisation" I mean, I had to make do.

So here we go: 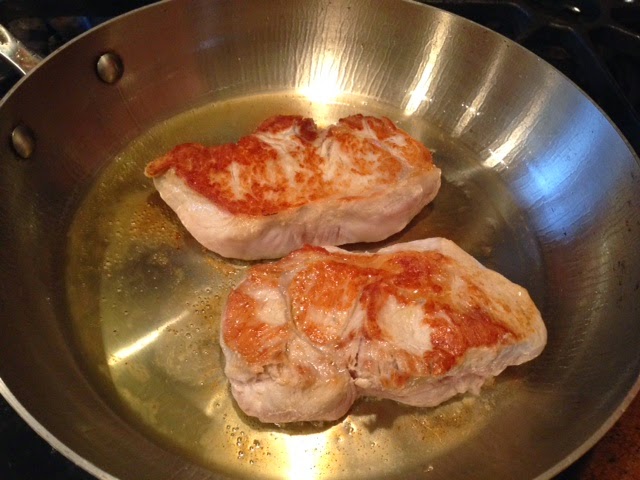 Heat oil in skillet. Cook pork chops 5 min on each side or until they start to brown. 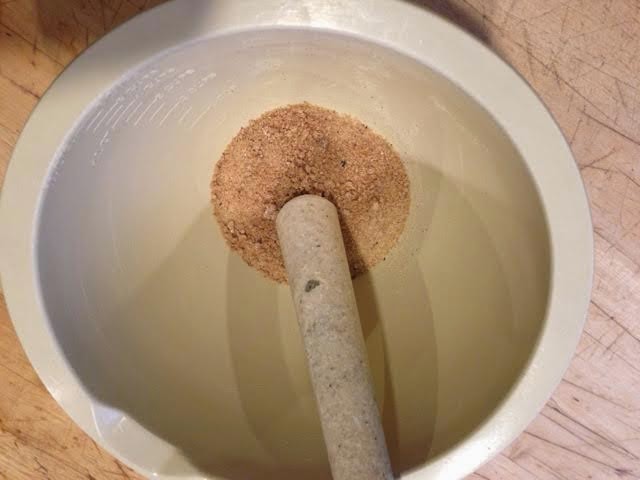 In separate bowl, mix brown sugar, salt, pepper and dry mustard.  I hate how clumpy and hard brown sugar gets. I actually needed a pestle to break it down. Ruckiry (not Jon's boss), 710 used to be a pharmacy student before he changed majors and so we have one. 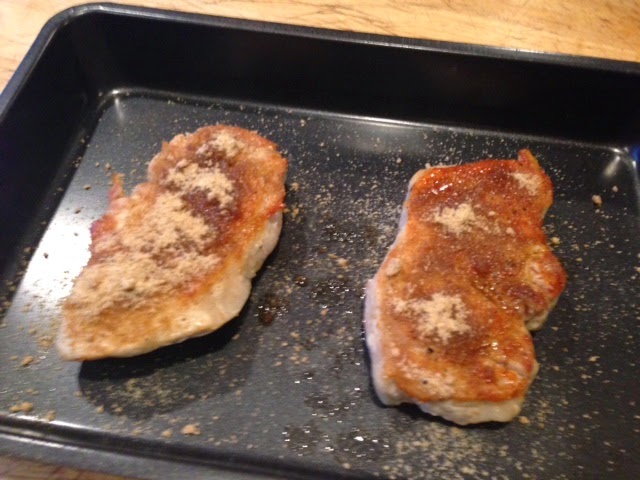 Remove chops and place them into a baking disk. Sprinkle the above dry mixture over the chops. The chops are still pretty hot, so the brown sugar immediately dissolves and infuses into the meat.

Some recipes said to put 1/4 t of lemon juice over the pork at this point. I did not have a lemon, and I wasn't sure how much that small amount would make a difference spread over two chops. 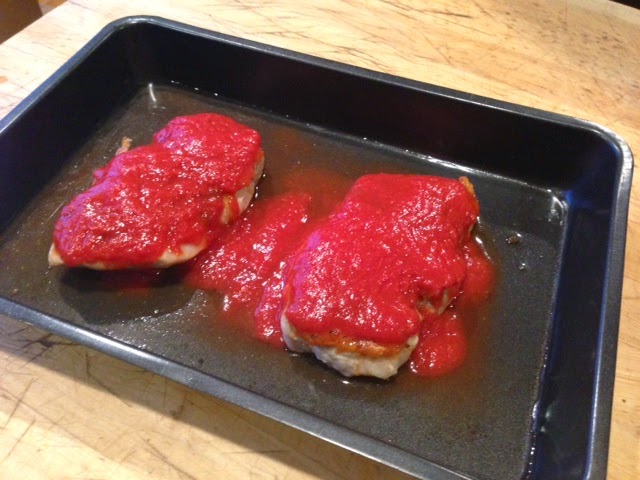 Then put the tomato sauce over each chop and fill the pan with 1/4 cup of water. Cover and place in oven for an hour or till the pork has an internal temperature of 145.

Mind you, the chop was tender, as the water and the covered pan kept things moist, but still.....you'll want to watch for this. 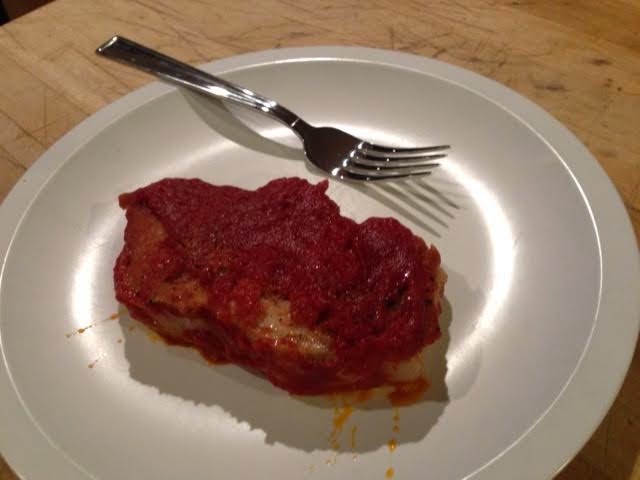 It looks sad on the plate, before I got the sides on there too - though they were not beans, regardless of their inclusion in the post title.

The texture was fine and the meat was tender enough to cut with a fork.  I'm sure the dry mix added some depth of flavour but I tasted mostly tomato sauce. As smoky tomato sauce, but still......

I suppose if I ever do pork again (and I'm sure I will), this can be a back-up, but chances are I'd try something else.

I cook a small boneless pork roast in my crock pot in garlic & (low sodium) teriyake sauce. comes out moist n tender every time! if there are leftovers, spouse makes shredded pork BBQ.

So many things smell better than they actually taste - toast, popcorn, many baked goods - but at least bacon and coffee come very close.

If you feel like giving another pork recipe a shot and like sauerkraut, heres one would make for my mom, my sister flipped for and I even enjoyed - quick and easy. Pork Chops and Sauerkraut