Petey got to see his old younger brother, Boomer, this last week.

We had dinner at my sister's house and she asked us to bring Petey.  Boomer is a funny guy - he loves his brother, but knows Pete is the alpha, so makes up for it by herding and pouncing on Petey.

Petey is a sage. Nothing phases him. Certainly not Boomer. But they are cute together.

You'll remember Boomer from posts where I used to go free him and Petey from the kennel when my sister was traveling.

And my sister lives in a house that Petey only lived in for one month, but still knows like the back of his paw. He immediately went to a cabinet and opened it up. He hasn't done that in two years, since he hasn't been there in that long.  How'd he remember?

He's never tried it at our house. I love this pic. It's something about Petey's eyes. 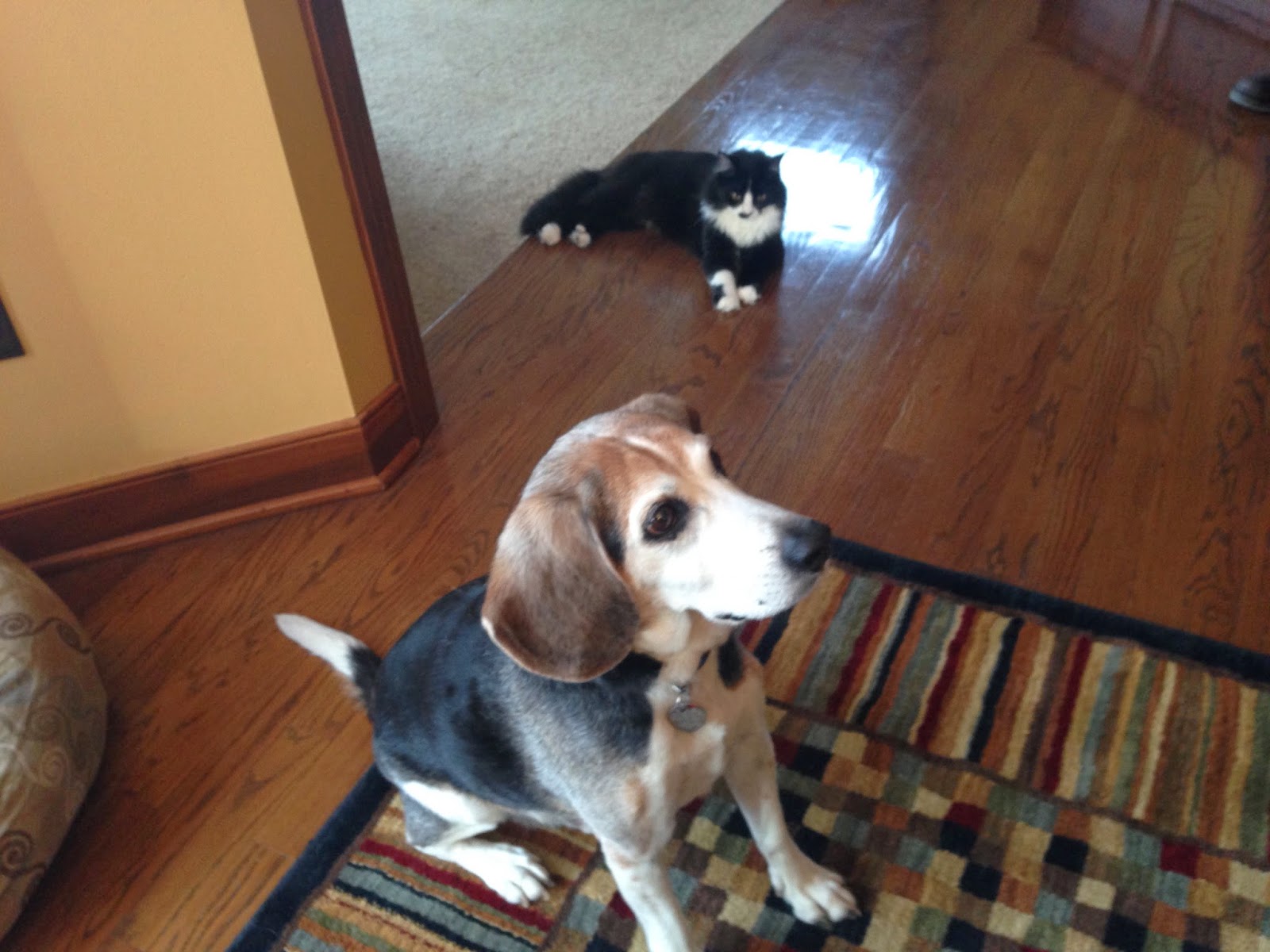 This is my niece's kitten. She's never seen Petey before. He could care less about her - but she was extremely interested in him - from a distance.  Pippa (yes, that's her name) and Boomer get along. Actually she will knock food from the counter to Boomer for his consumption. 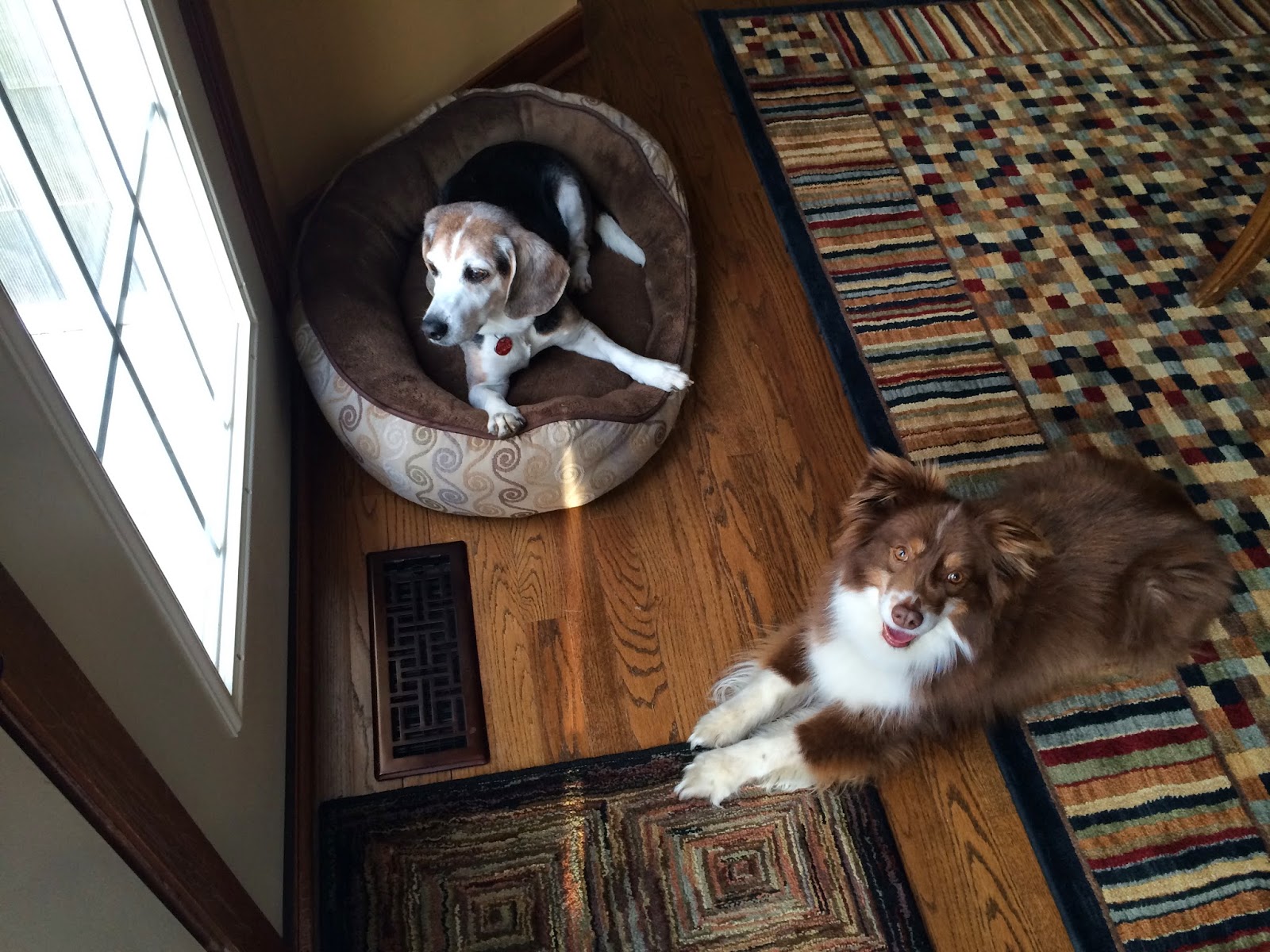 Petey stole Boomer's bed.  Not atypical. When my sister had both, Petey took Boomer's bed and stacked it on his and slept on both, leaving Boomer with nothing. So Boomer would sleep on top of Petey.

Boomer tried to block Petey from getting the bed, but that was just not going to happen.


Song by: Avicii with Dan Tyminski
Posted by Blobby at 12:01 AM

boomer is a cute dog. lucky petey to get a car ride!

HAHAHAHA--- I thought I just read that Petey was an alpha.....