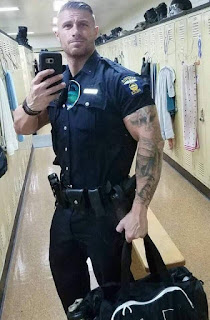 The raping of America continues.

Restrictions on the EPA being the newest one. I don't have kids with whom to leave this planet, so, I guess I wouldn't have to care, but I do. People (read: corporations) are selfish for selfish sake. Period.  That is the entire story. The entire rationale.  If it costs $0.08 more the make something better, cleaner, more responsible, they won't have it.  Period.  End of story.

So, change in climate change will happen, but not in the reverse, which should be the case. Nope. Not happening.

With abortion rights, gun laws relaxed and such, and now the EPA stance, one of the other items that kind of got buried: Miranda Rights.

You know - that whole: "you have the right to remain silent" thing?  You've seen Mannix, McCloud, Mod Squad, Policewoman and Cagney & Lacey - so I know you can repeat the right word for word.  I also might need to start watching more timely police shows for more modern references.

in Vega v. Tekoh, SCOTUS backtracked substantially on its Miranda promise. In Vega, the court held 6-3 hat an individual who is denied Miranda warnings and whose compelled statements are introduced against them in a criminal trial cannot sue the police officer who violated their rights, even where a criminal jury finds them not guilty of any crime.

Your first reaction is: ok, so you can't sue the police for not Mirandizing you.  But let's think that through - shall we?

No Miranda. No right. So extracting a false confession out of someone, without your right to a lawyer, you get railroaded, up to and including the death penalty - and there are no consequences.

Tekoh was not given a lawyer when asked. Miranda wasn't read; so his request wasn't really a requirement. He was threatened with his families deportation and physical violence.  Now Miranda wouldn't really stop the last two things, but if he had legal representation who was there, they also might not have happened.

It's just fucked up. Miranda was around longer than Roe........so we go back yet another decade in our rights.

We keep saying with Roe we are back to the 70s, but we're really in the 60s with Miranda. Of course, there is chatter about same-sex marriage being on the GOP agenda, but minorities better be thinking about the 1964 Civil Rights Act.    Tick Tick Tick......with this court.

Of course, they're already chipping away at that with voter registration laws.

I'd say it's a slippery slope, but at this point we are hanging off the edge of the cliff by our fingernails.

Song by: the Chicks

Email ThisBlogThis!Share to TwitterShare to FacebookShare to Pinterest
Labels: SCOTUS

From way over here it's beginning to look like it's SCOTUS, with no mandate at all, who are now running your country, or at least putting obstacles in the way of getting anything done that is even vaguely responsible - for which read Democratic or 'liberal'.

An appalling court season. I had coffee with a high school classmate the other day, whose mother was an RN for a local doctor when I was growing up in Michigan. Before Roe, one of her mother's work assignments was to drive patients New York for treatment. Apparently no one knew, unless they were in need of help. We are going back to that?