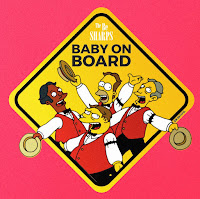 You know, the story has legs, but I'm all about the woman using the HOV lane in Texas, with just her and her baby bump.
Had she done it prior to the Roe v Wade reversal, and being from Texas, we all would have called her "Karen".  But her stance that in the post Row world, her fetus is a person and should be treated as such.
It's a fucking game changer, actually. Especially if many pregnant women take that strategy.  .....and even take it further.
Every pregnant person / couple should fuck with the IRS and start filing their unborn as dependents.
Every immigrant mother who is carrying cannot be deported, as it is a life and on U.S. soil, well.......you can't deport a U.S. citizen.......or citizen to be.
Flood the courts with these types of cases. Is the U.S. government really going to say, these are not children or lives because they're not yet expelled from a vaginal canal?  SCOTUS has said otherwise. Every state who has since passed a 'heart-beat' bill says otherwise.
I say flood these fuckers with chaos.
Also chaos?  Fuck with Brett Kavanaugh's dinner at Morton's.  And yeah, I"m ok with fucking with Morton's too.  Their bullshit about 'he has a right to eat without being disturbed'.    Fuck. You.   157 million women might disagree. Well, you know, 120, since you gotta figure 37 mill are dried up fucking twats who vote GOP, and yet refuse one welfare dime to any of those mothers (and were ok with separating them from their children).
SCOTUS already ruled that is ok to protest outside a physician's office or house who performs abortions. Again are you really going to have the government say it's illegal to do the same to a justice?
I mean.......except Congress already helped that along giving them protection when SCOTUS' widdle feweenings got hurt when the decision was leaked a few months back.
It seems that whole Goose / Gander things only applies when it doesn't affect them.
And since this SCOTUS is SO interested in the Second amendment, maybe they should look at the First too:
Congress shall make no law respecting an establishment of religion, or prohibiting the free exercise thereof; or abridging the freedom of speech, or of the press; or the right of the people peaceably to assemble, and to petition the Government for a redress of grievances.
I believe they used that to allow people protest Planned Parenthood and its employees.  No?
I kid, of course. The Constitution is meaningless except for the Second amendment for any GOP'er. If they could, they'd wipe their ass with the rest of it. Metaphorically, they already have.
Listen, I'm not out-living the overturn of Roe v Wade, but I'm ok with fucking up city, state and federal government agencies until I take the big dirt nap.
Song by: the Be-Sharps
Posted by Blobby at 12:07 AM

I heard about this baby story on YouTube yesterday and my immediate reaction was "Jolly good for her!". The more 'brave' people like her who are willing to stand up to demonstrate the madness your country's fast descending into, the greater the chance something - ANYTHING! - will be done to hinder sliding yet further downward. Maybe POTUS will give her a medal. (No, I didn't think so!)

As for what the Constitution says and does NOT say, I can only assume that such advocates of its support know about as much about it as the Bible they also so revere. To date I have read the latter NINE times, cover-to-cover, and each time am increasingly appalled at its illogicality, inconsistency, unreasonableness and, frankly, its frequent silliness. But what do I know that these Scripture-champions don't? They surely MUST be yet more familiar with it than I am - to the same level of the very Constitution they no less worship. (Ditto all members of SCOTUS!)

As one of my law professors said, any idiot with $50 can file a law suit, the money is in winning. My office is two floors above Mortons, and YES I would have gone down and had a $60 steak so I could have loudly disrupted his dinner.