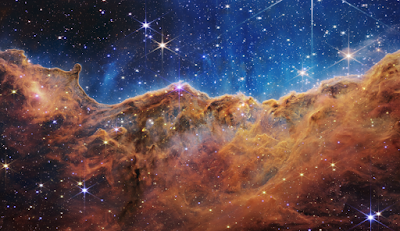 It doesn't even look real, does it?
This is one of the first images from the Webb telescope.  Right on time, just as "they" predicted.
I mean, sure, it launched like 12 years late, but after that, they've been pretty accurate in terms of their timeline.
I have an acquaintance who is a painter, and this looks like one of his works in some ways. Yet it's not. It's more out of a bad sci-fi movie where they plaster something up as their backdrop to space. The only difference is, this is actually it. The lines of light from the stars seems fake, yet it's not.
Now, if were NASA (yes, all of them!), to demonstrate how well the Webb works, I'd compare it to something the Hubble  ....and they did. 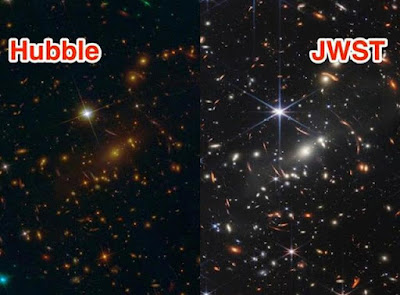 This makes the Hubble look like it was taken with my Kodak Pocket Instamatic.
I don't think NPR would lie to me, but I thought the idea of the Webb was look at things the Hubble didn't, or couldn't.  While that is probably true, if I were shelling out $9.7 BILLION (yes, you read that correctly), I'd want a compare and contrast shot too.
So, now it's on to do it's thing:  look into the beginning of time. Looking as far as it can to see what are hopefully the origins of the universe.   .....let's hope it doesn't show g-d and his roommate, Chugs at the time of the big bang. 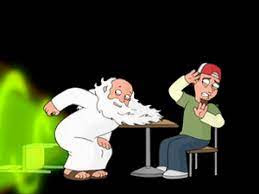 Song by: Alison Krauss + Union Station
Posted by Blobby at 12:07 AM

Totally fascinating and a breath of fresh air . Such beautiful images