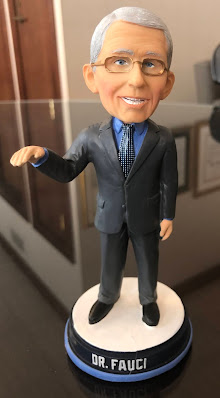 So, I did something dreadful and caught part of the night time national news yesterday. At least it was the second half, so while BLOTUS related, I'm sure not as bad as the first half.
But there was a story that had Biden leading BLOTUS nationally 51% to 40%. They didn't say where the 9% resided. I'll assume "undecided".  And really?  Is THIS an election where you really don't know upon which candidate you land?  I mean - unless to see if Kanye makes headway?
While it is 'good news', I don't hold a lot of stock in them as it is a moment in time, and months ahead of voting day.
But even if Biden were to win, I'm not sure it will matter. BLOTUS is going to take the entire country down - and down hard. More so than he already has, obvi, but this time he seems to building more and more to his Jim Jones moment.
Case in point: the discrediting of Anthony Fauci.
A man with no medical degree, and a questionable admission into two colleges, has a larger platform than one of the top medical experts in the country when it comes to infectious diseases. And is using said platform to downplay and silence the expert.
And people are listening.
Sure, we have that braintrust leader: Chuck Woolery:

The man who quit what was literally the easiest job on earth  {seriously, Vanna White does all the physical work}- and lost out on hundreds of millions of dollars -  knows more than well.......everyone.
.....until it was literally a day later.....

No, 'sorry for my earlier tweet', but the damage was done. But he did delete his account after sending that last one. Coward.
That tweet went out everywhere. Maybe even the Georgia state house. 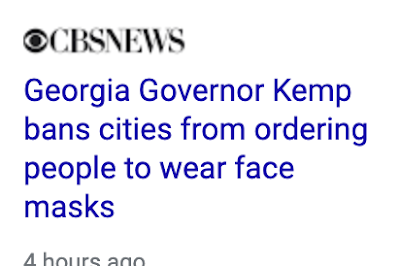 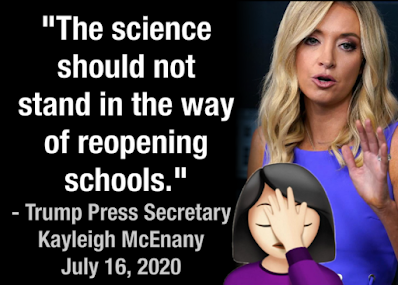 The White House is not trying to silence Fauci, but literally tell people to ignore science.
This is not just what gets us killed, regardless of that aforementioned poll, this is what gets that dick re-elected.  He has torn down doubt in the press, justice, law and ethics that the possible last pillar is science.
I've said it before, the only hope of that reversal are hundreds of thousands of more deaths. Hopefully, the majority will be the folks who believe him.

I know none of us ever imagined the place we are now. In another poll, Americans asked who do you Trust most in Handling the Corona Virus - It was 70% Fauci and 26 % Trump. He doesn’t even hold his base. Masks are mandatory in Seminole County Florida. Masks are Mandatory in all Walmart’s. A Sheriffs deputy was at the door of our Walmart yesterday enforcing the order and handing out masks O tolerance. We will change, Donald Fucking Moron is losing. I recruit about 5-6 new Biden voters every day by phone, I have given 1500 dollars so far to support his campaign . Not much but way more than I did for Hillary and she was my favorite candidate of all time. Mary Trump punched her uncle in his pride yesterday. Little by little we will crush this Piece of Shit!

Woolery is the epitome of delusional fucking moronic asshatted _____ supporter.

And to have Bullshit Barbie tell science to get out of the way and then two sentences later say science is on their side, shows that she is the epitome of delusional fucking moronic asshatted _____ employee.

I don't believe polls, I vote.

I hope wollery's kid dies from the "hoax". there, I said it and I ain't sorry.

blow-up barbie needs a cock in her mouth.

somebody better start building a prison big enough to hold every member of this dictatorship and every follower of said dictatorship for treason against america. and we start filling it up on 1/20/21.