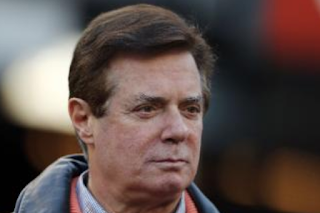 Folks, this is the {current} face of 'white privilege'.

47 fucking months in prison.  If that. That's all Paul Manafort got.

I don't expect he'll serve the full sentence either.

The sentencing recommendation for Paul Manafort was 20+ years. So, this is the federal equivalent of Brock Turner's rape conviction.*

I mean, I still hope it's a life sentence. It's possible he could in prison - or be murdered. I am ok with either one of those outcomes.

There is always a chance of a pardon from the BLOAT guy. It could be political suicide 19 months before an election. But on the other hand - the American attention span isn't that long, nor do they care about this stuff (or understand it). And then there are the guys who'll vote for BLOTUS no matter what.  We've seen that time and again.

I'm hoping for the state-level charges. That could up the jail time game - AND that fat orange fuck cannot pardon those crimes.

I'm not sure if Mueller overreached or not, but I'm hoping yesterday's sentence is not indicative of what is to come.

*it's important to keep that dirtbag's name out there to any potential employer knows what he did......and that he literally got away with rape.

the judge is a rethug...he should be investigated! FUCK THAT FAT WHITE MUTHAFUCKA MANAFORT!

It’s blatant. Manafort got less time for betraying the country and promoting corruption than a black man gets for 20 grams of pot.
I hope the next judge throws the book at him.

It is sad but not surprising.