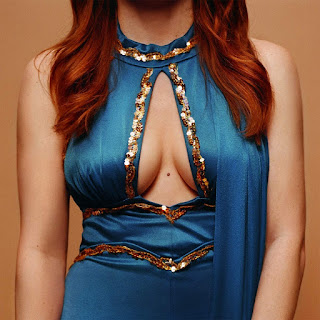 Remember when I used to these reviews?

Blame it on what I consider the plethora of unbuyable music. I'm still not one for streaming an ever-ending amount of music for $5 a month. An artist should be paid an actual wage for their content and with streaming, they aren't.

Streaming, at these rates, will literally cut original content to nothing as time goes on? There is suffering for one's art, and then there is starving because of it.

So no, I buy my music. 710 things I'm a fuddy-duddy (and he may not be wrong), but it's not because of my old-school habits of purchasing music.

I don't think any magazine or paper has ever given her a bad review. That said - anymore, it's rare any reviewer gives an artist a bad review. But On the Line is ok, but not all that and not the best of her career as some have pointed out - though I suppose it's all subjective.

They can't keep calling a Lewis record 'retro' when all she does is 'retro'.  There is a Shins vibe to a song or two ("Dogwood", "Heads Gonna Roll").

My bigger problem is, so many songs are interchangeable with so much of what she's done in the past. The three continual piano chords are getting old ("Party Clown").

I tried to get through "Wasted Youth" (same three piano chords) but the "doo doo doo" was just enough to push me over the edge.

The one song I found the most interesting was "Little White Dove".  The groove, according to Lewis came from Beck. I hate to say it (or do I?), the revelation that he is a big time Scientologist kind of ruined him for me. Still he made Lewis sound interesting, which on this album is not a small feat.

While I like the idea of Lewis, to me, she peaked with her first solo album, but then it was all new. Now it's all been done before.
Posted by Blobby at 12:09 AM