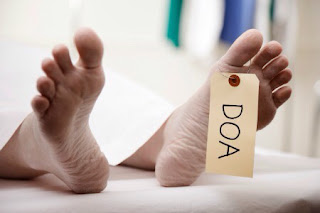 You know how when Obamacare was in its planning stages, those naysayers wailed about 'death panels'?

As it turns out, that death panel is the 115th Congress......and the patient they keep sending to its demise is the Dump Health Bill.

My post is called "Dead on Arrival", only because I know of no song called "Dead Before Arrival". That's right, another Dump health bill slated for defeat.

Of course it's natural to blame the opposing party, which is of course exactly what McConnell and SCROTUS did.

Yet Dump took it a step farther - basically saying he'll let healthcare fail. That he wants it to fail, so they can build it from the ground up.

Yes, he says "Obamacare", but the sentiment is the same. Let millions of people lose their coverage due the inability to afford and then they can make a plan. Which just makes you wonder - yet again - what the fuck have they been doing these last eight years?

As for the opposition, there is enough coming from inside their own party. But beware - some of those rejecting the plan isn't because of what is in the intended plan, it's what is not. Some don't believe it is strict enough, takes away enough or the tax cuts for the wealthy are not enough.

Dump is a sore loser, though publicly he hasn't really advocated for any aspect of this plan - or the last two. He doesn't seem to care about replacement as much as repeal.  You know......because of the black guy.

See, if he keeps saying "Obamacare",  and keeps blaming the Dems, it throws his supporters off of what a loser he and his administration and the 115th Congress are.

For me?  It's just another failed notch on his belt that will be attributed to him, no matter how hard he says otherwise. 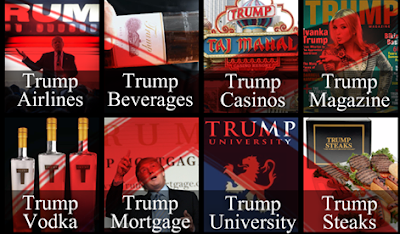 orange tinyhands is a YUGE FAILURE as a person, a man, a "president".

Remember, though, most important of all, he said the ACA failure won't be on him; then he blamed the Democrats even though it was his own party that tossed his agenda onto the bonfire.

You nailed it with "Because of the black guy". Unfortunately in 2017 that is still the deep seated truth for him, his whacko base and now even the everyday supposedly moderate smuglicans that are turning a blind eye just because he is a smuglican. Those who knowingly allow a crime are called an "accomplice" and are also guilty.