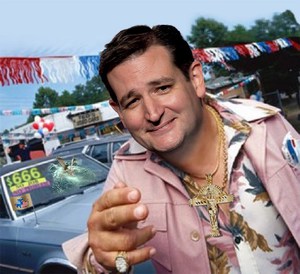 So, I dipped my toe into the car-buying waters.

I still don't want to take the plunge. In theory, I don't have to. I've always been far too impulsive with my car purchases, so I'm trying not to make mistakes this time.....should it even come to fruition.

My car is perfectly serviceable, but I went out on a limb buying a Mercedes I eventually don't even like that much. 710 would be happy to see it go just for the sound system, which he thinks is bad.

Me? You've ready about MB's foibles in some repairs they had to do and their lack of customer service - not by just a "luxury" car brand, but by any car brand. I've heard Fearsome say similar things via my comment section and I see where he's coming from.

Still, the car runs, so I don't have to ditch it.

So right now, there is zero pressure.

.....and that said, the car buying process still sucks.

So far, I have built a number of cars on-line. If I could virtually test drive them and truly see what they looked like without the help of pretty photography, I'd never step foot in a dealership.

I have so far been to two dealerships. One car I really like - that has good reviews. One car I've read good reviews on, but of which I know little else, though there seem to be many in the employee parking garage.  This doesn't bode well for that car. I don't want one that everyone has.

Yesterday though, for compare and contrast measures mostly.

I headed into a Mazda dealer. I've never been one - a dealer or their car. Meh.

The car had some good features. Some were just sub-par (sound system). The pick-up could be better. But it was a more than decent price.

But oy - the salesman.

I'll cut to the end and work back.  I called 710 after the test drive and said: "I believe if he stopped talking he might die".

While he knew my current car had lane assist, he fully - and I mean fully - explained it to me. The electric positioning seat......I now know that it goes forwards, backwards, up, down and tilts. Just like every other car since 2001.

Naturally, he told me that the car has intermittent wipers..........after we finished the test drive in the sporadic rain......while the wipers went intermittently for the entire trip.

I felt he might have had to be proving himself to his boss, possibly to keep his job. It all seemed so desperate.

That's not enough for me to go back there.....even if I opt for that car. I'll find another dealership.

That manager though - he set me up.  "Some people find car buying a bad experience", said he. While I didn't say "you're darn tootin'", I may as well have, because that would have been the nice version.

if you belong to AAA, try their auto buying service. we did when spouse needed new wheels; in-n-out in 2 hours! no hustle, no bullshit! and no salesman that looks like ted cruz!

A cousin of mine said, he finally figured out cars are like wives, it is usually easier to keep the old one and fix her up and little, than to try to trade up. He is on I think number 4, as in the 4th wife. The dealer makes all the difference.

I loathe car buying simple because of the salespeople.

I work with a guy who keeps his cars an average of 17 years. I hope my Edge goes another 100k.

I've hated your Benz since I slammed my head on the stupidly low door jam.

Oh, and now that you're driving Shep all over you need a family truckster. You'd be happier and Shep would be safer riding in a crate.

I go on vacation and may name seems to be popping up a lot in my abscence. Glad you missed me so much!
Yeah my MB experience left me lackluster on the brand, although I did keep it about 8 years. Let's just be nice and say didn't have as much stamina for the lacklusterness of the Beemer I picked up after the MB. They were both pretty though.