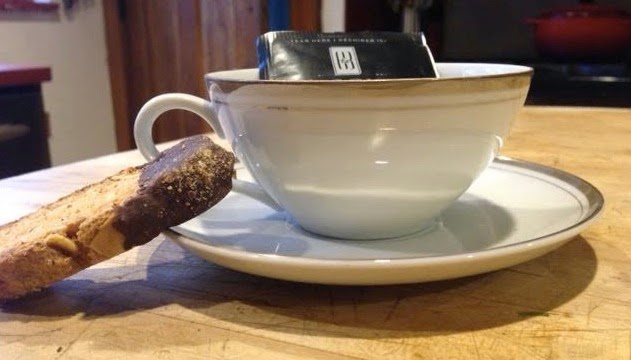 There is a reason for that familiar saying.

That FB'er?  My friend Mike.

(and look! I didn't even use quotes around the word "friend".)

Truth be told, I'm not sure I ever had biscotti before. But clearly you know me as a CapN Crunch / cupcake kind of guy. Biscotti seem grown-up, which we all know I'm not. I mean, Julia made them on America's Test Kitchen!

They seem refined, and that you'd probably drink them with a hot beverage.

Still, out of fun, I nagged. Honestly, just to be a thorn, not to get anything out of it. And lo and behold (well, after a little more poking fun), a package shows up in the mail.  Yayyy.

Actually, it was a very nice gesture on his part and one I would like to reciprocate sometime soon. Though I'm not really a baker, so I'll have to be creative in what ends up in his and Peter's P.O. Box.

For the record, I did eat the prop biscotti used in the title image and it seemed perfectly fine. Better than fine. Mike is a good baker and Peter is a good chocolate dipper. Of course, Mike told me after I ingested the first one, that I could give Petey the non-chocolate end of it, as his dog Otis goes crazy for these.

So it got me wondering if Mike just sent me a package of doggie treats that he's passing off as biscotti as some joke only he would think is funny.

He is not above that.

I took a mock picture of me trying to bite into the object he calls food. 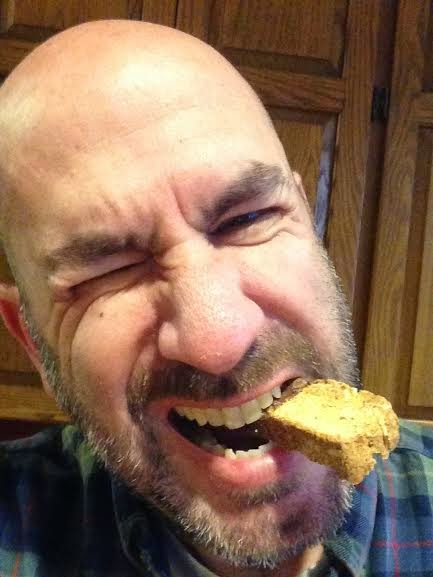 ...but then I remembered his note: 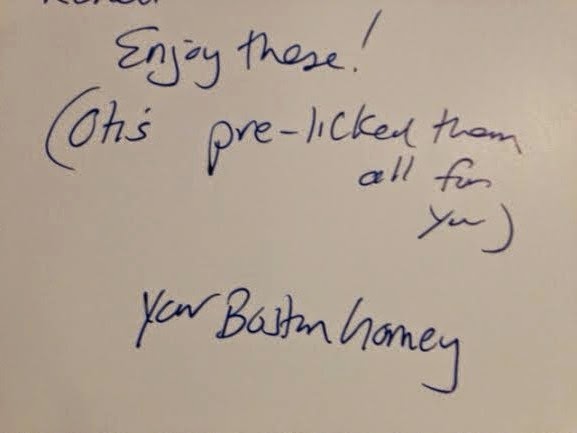 So I went the Otis route.....(again, probably not a joke).....and made the picture more, umm, suggestive. 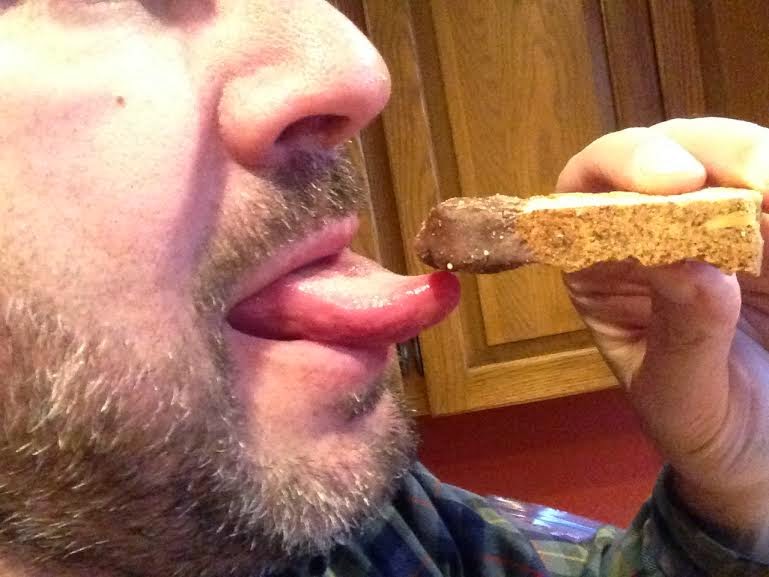 I haven't yet got to meet Otis, but he's seems like a good doggie, why would I really care if he licked the biscotti or not?

We get along well enough, just not that well.

Song by: the Thamesmen  (extra points if you know who this is without Goooooogling it)
Posted by Blobby at 12:06 AM

these italian cookies are too damn hard! I have never been a fan. and are you SURE they are NOT doggie treats?

I'll dip 'em in a cappuccino. That softens 'em up enough to actually take a bite!

"Honey"/"Homey"...it's all in how you look at it. Maybe soaking them in hot chocolate for a spell would soften them up.

lol what a jolly post! It made me smile.