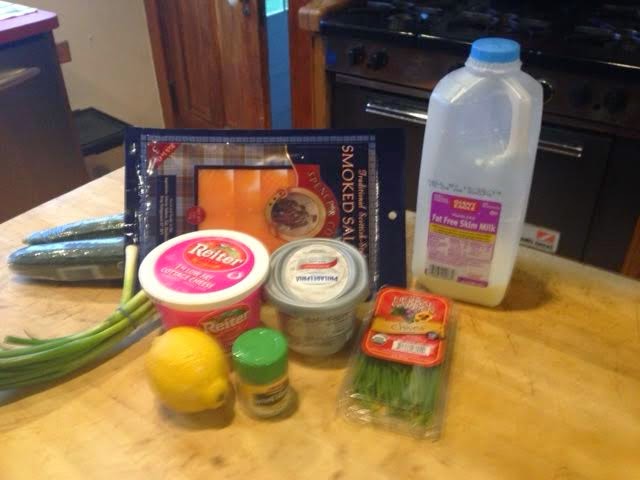 For our holiday appetizer for my mother's gathering, I don't think 710 and I could have planned it more wrong. There was a lot of hemming and hawing on what to bring or make and then time just kind of was running out. Quickly, at that.

710 searched 'easy appetizers' and off we went with Cucumber Cups with Creamy Salmon Whip.

Technically, it was not salmon mousse....but all I could think about was one of the last scenes from Monty Python's the Meaning of Life. If you've seen the movie, you know of which I speak.

But it's not about what we want or what we like. It's not even about what they like. It's about what looks good. How to make the straight folks "oooh and ahhh" over what you bring.

....and I'm not sure we even accomplished that. I mean, these were family straights - not the neighborhood ones, who are more easily impressed by the homos on the block.

Still, it was relatively easy and we lifted the recipe from Ellie Krieger - whom we liked whenever we'd catch her show, but never actually saw anything I wanted to make of hers. She always seemed nice, but a judgmental nice if you went for anything with fat in it.

This has no fat in it....or almost none. 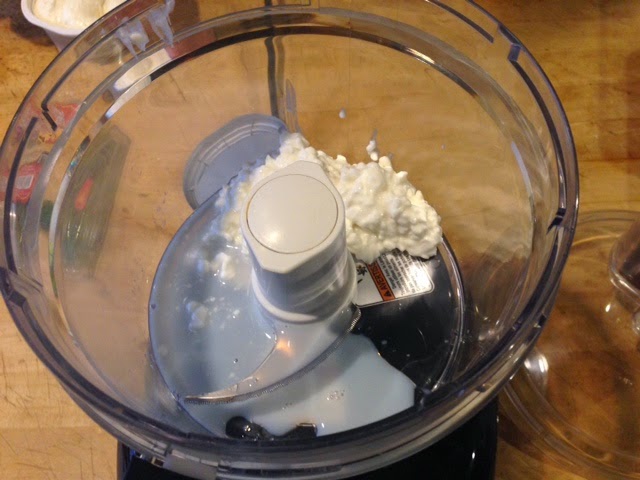 Add milk and cottage cheese to food processor. Run until it is smooth. 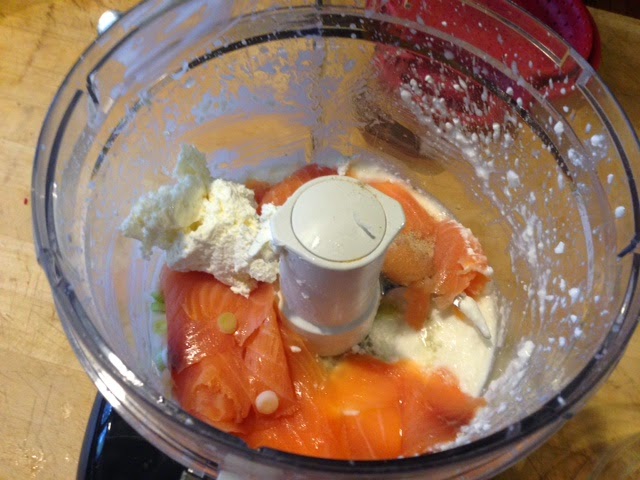 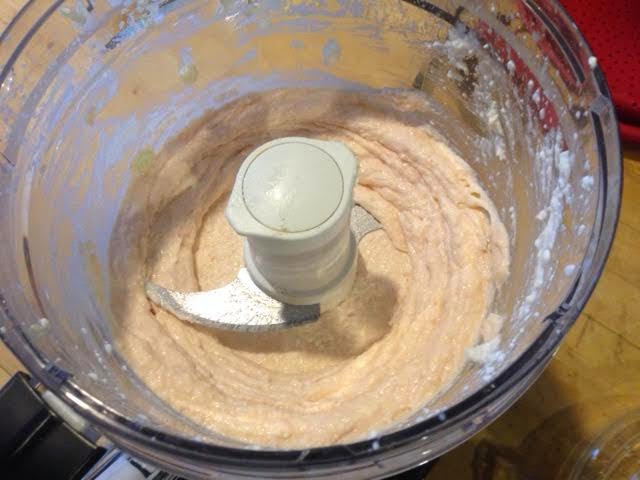 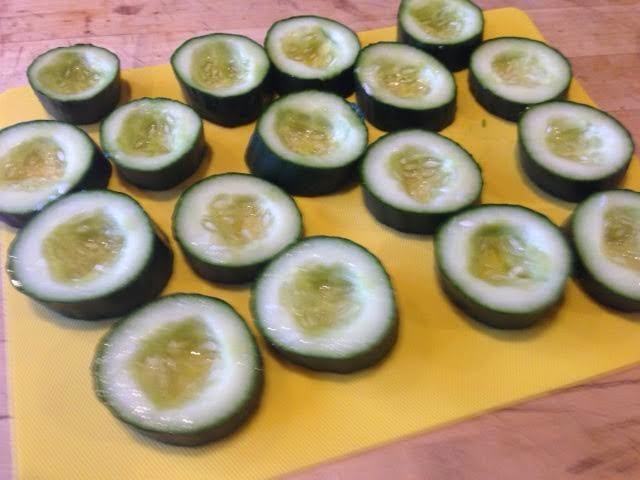 Cut cucumbers 3/4" thick. Scoop out enough to make a cup, but be careful not to go all the way through. My suggestion is after you scoop, place cup side down as the cukes will drain some of their excess water away. 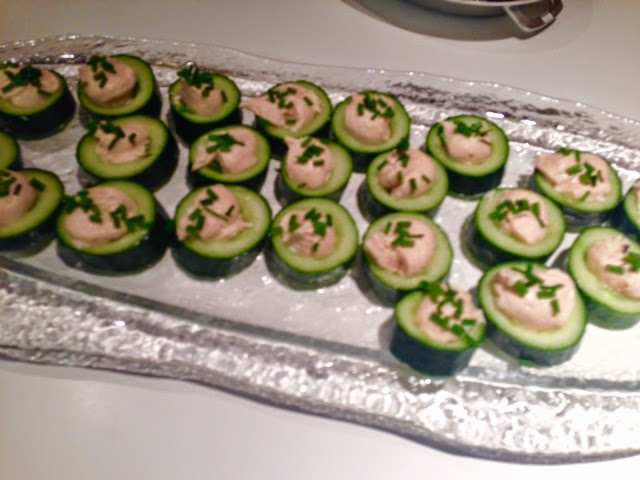 We then scooped the "mousse" into a plastic sandwich bag, clipped a corner and piped into the cucumber cups. Oh yes, I said 'piped", because we are that gay......or can be.

...and then topped with some cut chives.


They looked good. I didn't care for the taste, but again, it is a salmon thing with me.

Everyone claims t have enjoyed them, but about one-third went uneaten. Keep in mind we had another set of these with about half as many as you see here.  ...and there was a lot of food to be tested.

Would I do it again for our neighborhood block party? Possibly. People love that kind of shit. I'm just not one of them.

Piping may be gay, but it's also easy and practical ... which also makes it gay.

I think piping (as you did it) is actually easier than trying to spoon the mousse neatly onto the cukes. Good job!

Like you, I'm not a fan of salmon so I likely wouldn't have eaten many of these had I been at your Christmas dinner. But they look fancy and holiday-like!