the Blind Man and the Elephant 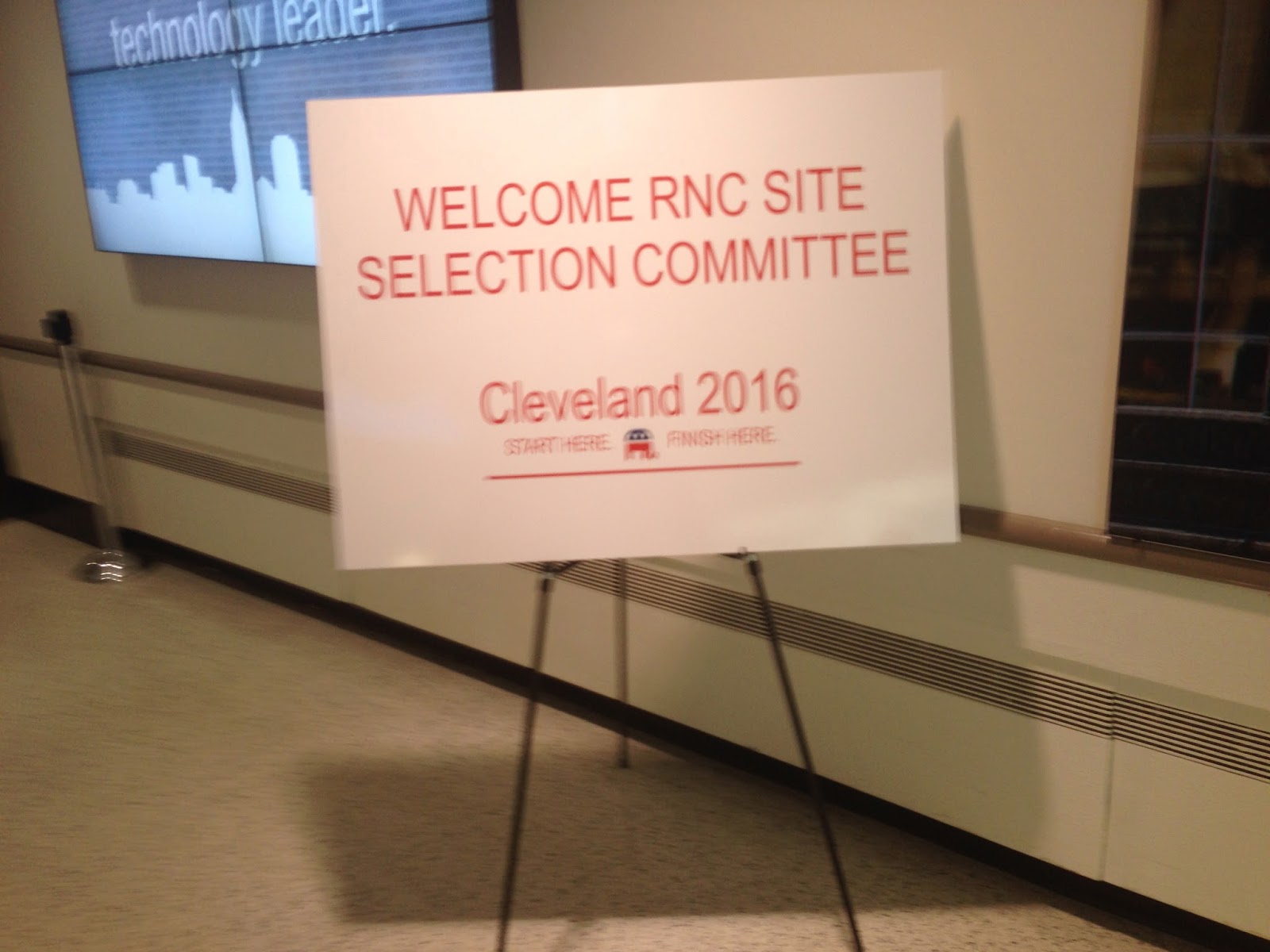 I took this picture months ago, upon exiting the Cleveland airport after a work trip, knowing at some point in time I would need it.

That day is today.

Yesterday, apparently months ahead of schedule, Cleveland was named the host of the 2016 GOP Convention.

I'll only say 'yay' for the revenue it will bring into the city. Politicos. Delegates. Press. They'll all need hotel rooms, transportation food and drink. And hookers. Though I don't know how many male hookers are actually in Cuyahoga County.  We might need to outsource some additional 'rent boys' to keep up with the demand.

The 'fuck' is for the typical reasons. Republicans en masse, being the primary one. I can easily avoid downtown for a week.

I certainly get why Cleveland wanted the convention:  $$$$ and national media exposure. It's pure Marketing and Economics 101.

I am not as certain as to why the GOP / RNC wanted Cleveland.

It is doubtful that whomever the GOP picks as their nominee will change that in the slightest. I mean, it's not like the GOP is really reaching out to the black or Hispanic communities. And we certainly know what they think about women. Cleveland has a large black community. I don't know what it would get them to change their party affiliation.

The convention choices came down to Dallas and Cleveburgh. And the GOP wanted an earlier convention (June!) so they could pick their nominee earlier, get their 'message of hate and exclusion' out earlier and well.....have more time for fundraising. (oooh, they're scared of Ms. Hillary.)

I won't say Cleveland got it by default, but Dallas had one partial week in July in which they would agree the earlier time frame. The new proposed suggestion would have meant possibly giving up their arena if the Dallas Maverick possibly got into the NBA final championship. Way to go Mark Cuban for making that town a city of believers.

That isn't an concern for the Cleveland Cavaliers.

Cleveland will have to make sure their two new hotels are completed before go-time. But Sochi didn't  - so I don't see why we would need to. They're just Republicans.

The true sad thing of it all is, Cleveland was / is also in the running for the 2016 Democratic Convention. That would have been a bigger 'get' for me.

Now, it is possible we could get that one too, but it is highly unlikely.

Columbus is also in the running for the DNC. It would not surprise me if the DNC chose it. Both parties need and want Ohio as a win and Columbus is in the blue too.

What I truly do not get is that Cleveland has to raise between $55-60MM dollars to put on the convention. Why the fuck isn't the RNC paying for their own fucking convention?  710 wondered if it had to do with extra police etc. Perhaps, but let me tell you, if I'm having a funeral and need police escorts to the cemetery, I have to pay for that. The city doesn't.  Maybe we won't be turning a profit on this after all.

To any GOP folk planning on attending - and who is reading this - Cleveland Hopkins Airport is not Minneapolis. There is no place to steal away for a Larry Craig moment. Save your cavorting for your hotel room when your roommate is busy elsewhere. Or try Flex, which I'm sure will have a nightly unofficial delegation meeting from 01:00 - 05:00 with free buffet. Towel, condom and piped-in bad dance music are complimentary.  (pssssst.....I'm talking to you Mr. Drudge and Aaron Schock. )

Ann Coulter is on her own. I have no idea where the tranny bars are.

And sorry to insult trannys.  Not by the using the name, but by including the Spawn of Satan in your group.

Song by: Natalie Merchant
Posted by Blobby at 12:04 AM

color me surprised; TX is so fulla h8, the RNC would be amongst its own kind down there.

shove them all in the lake when they arrive!

It does seem an odd choice, even if it oddly makes sense.

We had that RNC thingy here in San Diego years ago. While it's a pain to have them around, the exposure and revenue is worth it. Just lay low and ignore them while they are there. They come and they leave.

Fuck. ...and Yay.
I heartily agree.
AND...FUCK ANN COULTER TOO. Leave her little dog out of it.