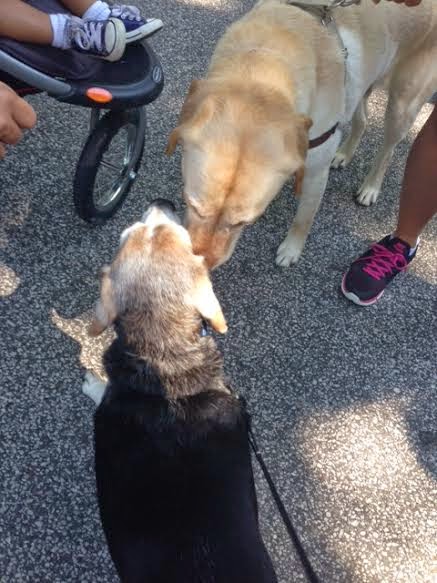 Petey and a puppy of a visitor. I have no idea what the Golden's name is. He/She (I didn't look), liked Petey. 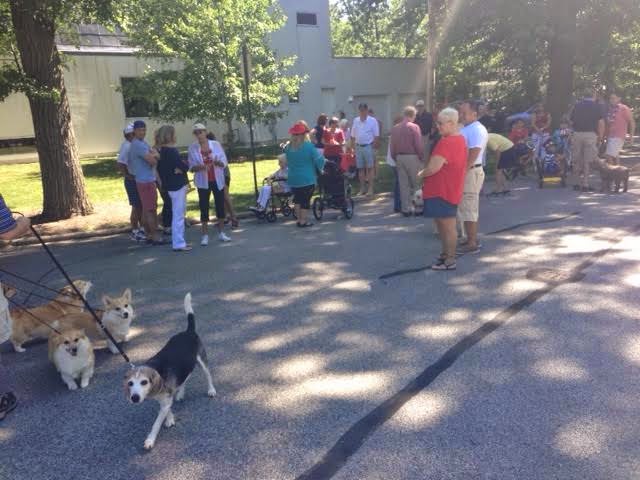 Petey and three of the five Corgis. 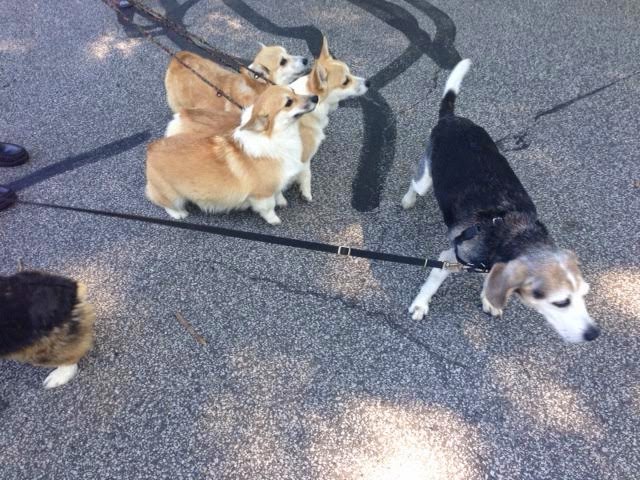 Petey trying to get away from three of the five Corgis. 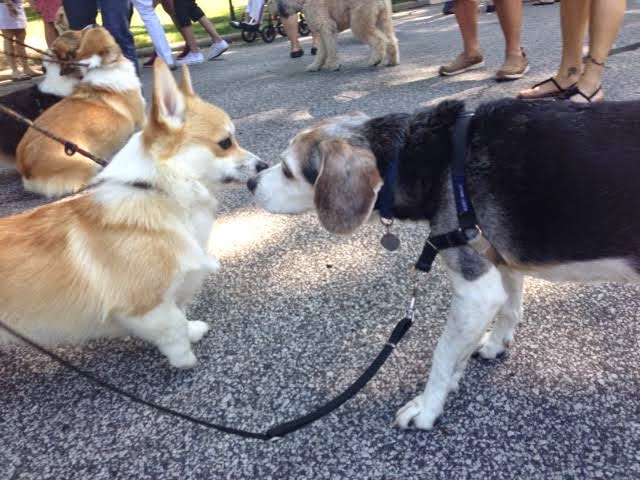 Petey making a friend of one of the Corgis. 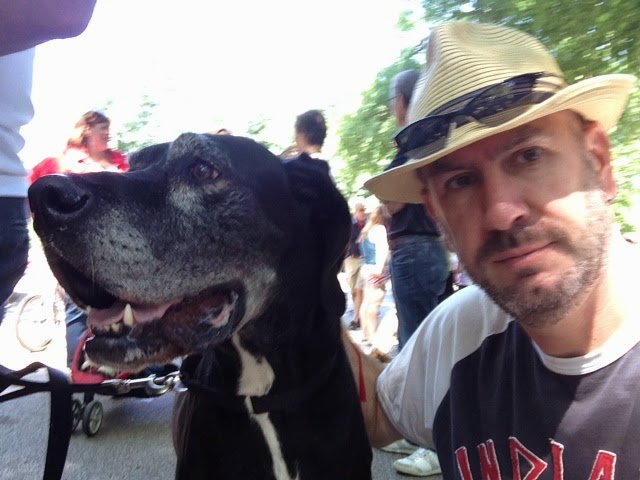 Blobby with one of his favourites, Esmé , the Great Dane. Petey likes him too, but like I said, I could not get him to pose.

Esme is a gorgeous dog!

Years ago, while living in Miami, one neighbor had a St Bernard who who our dog, Ozzo's, best friend. That big dog would let out little dog jump all over him.

Sadly, though, Ozzo being so small, he looked like a birth mark on the massive dog!

I enjoy seeing dogs interact with each other. I learned early dogs are a good means to meet other people, they are a transitional object for me to socialize when I am shy.

I don't know what it is about him, but I feel like I love Petey even though I've never met him. I can sense his personality from the photos you post. He seems like a friend I haven't seen in years.

Are any of the Corgis named "Malachi" or "Isaac"?