It's a weaker selection this week, but don't tell him that  I don't need him coming down with a severe case of Body Dysmorphic Disorder. 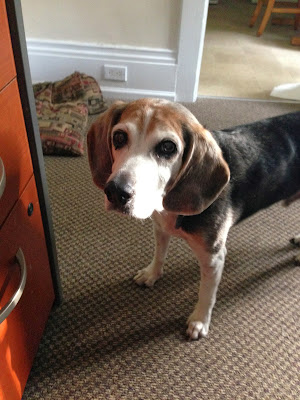 in my / his office - I think he was begging for food, as I was probably eating lunch at my desk. 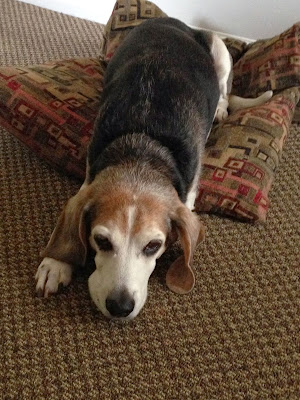 I put his bed closer to my desk (not that he didn't move it later), just because I like him to be near me. 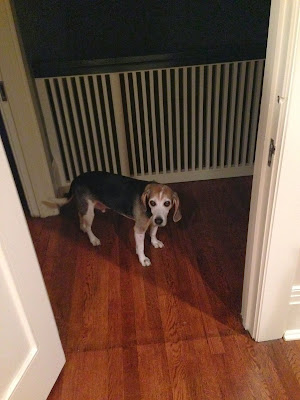 bad dog!!  When 710's sister was here last week, Petey would sneak upstairs and into her room for company. Now that she's gone, I found him upstairs - which is like the one no-no we have with him. Though I was all smiles and sent the pic to 710, who was still at work.

hopefully petey and sophie and their daddies are warm again. such a GOOD boy!

He's throwing you some shade! You taught him well. He dose have that "yeah I did it but I'm so cute I know you're not going to do anything. Now, where my treat!"

The 'dog eyes" are the canine's most barbarous weapon and works nearly all the time.

What a sweetie he is! Do you ever call him Petey the Sweetie?? :-)