Monty Got a Raw Deal 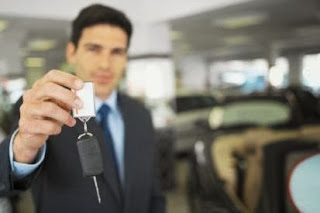 Just this one last car post and then I swear I'm done.  ...and it's not even really about the car I got.

As I was auto-shopping, I found a few things I did not know regarding the art of the deal. I'm sure there are quite a few more I know zero about and I'm sure I probably could have gotten a better deal. Possibly.

The problem with a first year model that has just been released (I couldn't even test drive one more than two weeks before ordering mine), is that the car is in demand, it is near the end of year and all allotments are spoken for, so......you might not get much of a deal.

First off, after initial contact with the salesman, I did all contact via email.  A lot less stress....and you get everything in writing.

But at the beginning of this process there were a few things of which I did not know in terms of getting a better deal:

AAA
You can get unspecified discounts (though about the same $500).  I"m a AAA member.

Costco
They have a car buying service. If you're a member, they can do the deal for you. I'm a Costco member.  Sam's Club or BJs (hehehe...I said BJ) might have a similar program as well.

Employer
There are also certain employers who strike deals with certain dealerships - always ask. Two of my former employers did and they weren't chump change - $1000 off a car.  It pays to ask.

There is also the website called TrueCar.  You can build your car on-line through them (not the auto website) and they will give you the MSRP and the discounted rate.

Here's the confusing part (in case you're not already confused).  AAA and United both use the TrueCar site to compare costs as well.  BUT...........yes, there is a big but...........the discounts are different they're just using the same platform so you still have to build your cars accordingly.

Of course, the Costco one sounded the best to me. Before I engaged them too much, I built the car on-line from the printout the dealer had already given me so I knew their MSRP and every detail / add-on with the corresponding car.

I did call Costco to get the paperwork going and was laid out with some sad facts:  not ever dealer participates.  there were no Ohio Mercedes dealerships participating.  the closest one was in Illinois.

Well yes.  And no.  It turns out that the Costco price difference is "an average"for that certain car, but not necessarily a locked-in price. The IL dealer gave me - get this - $160 off the MSRP.  One-hundred and sixty fucking dollars.

Fuck it.  It was a nice try and it probably works with other cars and certain dealers, but just not for me this time.

Still - none of these deals are anything most dealers will tell you. I have no other idea what organizations I belong to that could have aided me in a purchase.  And it turns out I couldn't use the AAA and the United.  Damn.

Still, $500 isn't chump change. I took it and I still made other deals, which were readily accepted.  Too readily actually.  I wonder how farther  I could have gone before they said 'no'.  I mean, they took my offer, plus the $500, plus my last two lease payments on the G37x.   ....and no push back at all.

710 says, 'hey, they want to sell you the car', but they had waiting lists until December - they didn't have to sell this to me.

I think I got a good deal, but is there anyway to really know?

spouse and I used the AAA auto-buying service in 2012 for his car. SO worth it; no haggling, crappy salesperson, etc. walk in, test drive, sign, and leave in 2 hours.

It depends. If I win the lottery tomorrow, I know I'll get hosed on a 2014 Chevy Corvette because everyone wants one. I'd be willing to bet I'd pay $10k over sticker price.

When I got my Dodge Intrepid a decade ago, it was a special edition of which I knew only about 80 max existed. I paid a premium for the car, but on the other hand I can say I owned a rare car and die happy.

You are more patient than I am to go through all those motions to compare one deal over the other. After a little while I tell myself that my time is worth more than some POTENTIAL discount I might get for spending 172 hours of research and negotiating. Congrats on the hot new wheels!!

Yeah, I hate car buying. I just set a ceiling as to the max I'm willing to spend (PERIOD) and go in knowing that I'll probably end up paying close to that amount.

Fuck the wheeling and dealing.