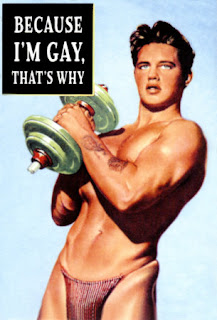 Oh, it's that time of year again.

I never know how to feel about National Coming Out Day.

Maybe it's age and / or time, but I just don't care that much anymore. There is no timeline to say when to come out.

...and yes, I know that is not the intent. The intent is to bring awareness that gay folk should be proud and come out, at least eventually.  Not on Oct 11th.

In reality, there is no day to come out. We've been doing it our entire lives and most likely will continue that.

Yes, friends and family know. Even my neighbors. I mean, c'mon, we're listed in the neighborhood directory:  two men's names and we're too old to be "roommates".

But some workers don't know - and since I work remotely, they just won't know my story. My clients don't know. My staff don't necessarily know. But invariably, someone will ask if I'm married, or about my wife or about my kids.

Then it gets tricky.

Yeah, you want to be honest, but you have to balance with pride, their right to know, and keeping the status quo with a client who not only really doesn't care, but is in a very very conservative business or location. And it is my work and not my personal life that is what I'm there for.  So yeah, now and again, I skirt the issue.

It doesn't help educate them or become more tolerant when I avoid (but not lie), but it is a balance. My company didn't hire me to be a spokesman for anything other than them.

Don't get me wrong, I've had staff members say vague gay comments (not the good kind), and I will call them on it and tell them I am gay as are many others in the company and how inappropriate they are, but in general, I don't announce my gaydom just to announce it.

I know guys who do and will and that's fine. I don't think we should all be the same in that regard. There are the fierce advocates who must tell everyone all the time, there are the do-nothings and then there are those of us in between.

But unlike the straights, there isn't a time we're done telling people who we are, because others just assume....and you know how that goes.

Song by: Curt Smith
Posted by Blobby at 6:36 AM

This is something my straight friends generally don't understand, that coming out is a lifelong process and a decision to be made with every single new introduction. That's why we need Coming Out Day--to make it so common thar's like saying you're left-handed.

As you say coming out is not just one day it is forever. I put in perspective for people by saying "unless you ask, then you don't know my religious beliefs either."

The thing is, straight people never (and don't have to) think twice about keeping a picture on their desk or including their SO in everyday conversations, meals or public appearances. LGBT people have to.

I bet Brett's phone greeting is "This is Brett. I'm Great, Gay and Better than you. But you knew that." :)

My actual phone greeting is "Hi, this is Brett. I'm gay and short. I can kick your ass. But you probably already knew that." ;)

The tennis tournament is next weekend. Tonight is playing with my Asian doubles partner who called me FAT! Argh.

The worse for me is when straight family just assumes that your life is just like theirs, and then starts to make assumptions.

Hopefully your weekend goes quite well!

Sometimes we get hung up on our own issues. Two years ago, my new boss threw a fit that I did not have a photo of my husband anywhere in my office. It became her obsession, and she would not let up until I brought one in.

Putting that photo on my desk for all to see, even though everyone pretty much knew already, was one of the hardest things I've ever done.

I guess I am still old school at heart, but I'm still shocked that I have never gotten one negative comment and lots of positives, even from sources that you would never ever expect to accept.

Nothing makes me happier than looking at that photo every day.

I'm kind of a supporter of Coming Out Day but, for me, the point to make it easier, not obligatory.

In the professional world I did not hide that I had a male partner from my coworkers but I never told anyone who didn't ask. Only twice did I ever tell a client. One asked (he was gay too.) The other became a social friend and my partner and I knew his wife and kids.

I've never been a fan of "movement" days. I understand the need for them to bring awareness to causes. That said, I do think this is a good day for those of us who have come out to our own selves to share our story. Because somewhere out there, someone is walking along a similar path as to where we once were.