Between Something and Nothing 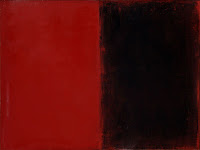 I have a few formulated ideas about which to write, but I cannot moving on any of them.   Spo would say, the muse has left him, I'm not sure she ever arrived, so she could eventually leave, in the first place with me.  I fly solo.

Anyways, the muse reminds me of a horrid movie with Albert Brooks and Sharon Stone.  {shudder}

It's been a long week and the next two will be longer.  In my mind, I'm already into July because June has been written off for me due to work and work travel.  I am seriously in danger of breaking my now 2.5 years of continual blogging.   Yes, it's true.

I will be on the road most of the next two weeks.  Yeah, I have some of my standard pieces, that are not as timely, ready to go (well, in my mind, I do - not drafted), but that ain't gonna fill two weeks.

No doubt I will attempt to make it work, but I am apologizing in advance for either lack of posts, but probable lame ones at that.  Correction:  lamer posts.  I know mine are borderline anyway.

I am just preparing you.  You can't say I didn't warn you.

What do you think pics of mostly naked men are for?

I was going to say soothing things, but I think Sean's onto something here.

if you are coming to philly in the next 2 weeks, hit me up!