Tougher than the Rest 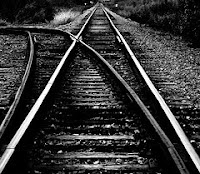 I'm already a day behind him, but I'm moving on to topic #2:

No pun intended, this was a tough one to do. What is a tough choice? I mean, it's not like I ever had to decide which kid to give up while I stood in line at a concentration camp. (Wow, second Holocaust reference in two days - that can't be good.)

Maybe it was doing an internship at one of, if not the, oldest law firms in the country.

The job itself was nothing to write home about, but it did give me an opportunity to live in New York City. Well, Brooklyn, but still, it was only four stops inside of Brooklyn on the F train. And only another two into Manhattan for the job - though that ride still took 45 minutes and back then (yes, I said 'back then'), most of the subways were not air conditioned. I was normally soaked by the time I rolled into work.

At that short time job, I certainly made some good friends, whom I keep in contact with to this day.

A few weeks before my scheduled return to Ohio, I was asked to stay and work there full-time. It was so tempting. Me, a 20 year old in the big city. Single. Carefree. Broke.

I thought about it logically, which probably was the wrong way to go about it. I know. I know what you're thinking. But I'll get to that.

At the time, it was not that difficult of a choice. I didn't really consider what other opportunities would have been possible in a city like that. I did not think that as a 20 year old, you could live in a 5th floor walk-up and in squalor, but that as much as you love the city, you probably wouldn't be willing to live in those same conditions at 30....or 40.

I could never live in NYC now. I'd love to, but I can't afford it. Even that 5th floor walk-up. I couldn't afford it then, but 20 year olds don't think about such things. They adapt.

By the time the wheels of the plane hit the runway, I regretted my decision. I should have stayed.

But you know how that works, one decision can affect your entire life. Had I stayed, I never would be friends with the people I am closest to. I never would have met Denton. ...or had the cats.

Song by: Bruce Springsteen
Posted by Blobby at 6:24 AM

Do you have any pics of your NYC days? It would be cool to take a peek.

After college, 20 years in Manhattan. Love it, but could not live there now. Too expensive,noisy and no close proximity to nature.

I think that was a tough choice, but not necessarily a "wrong" choice worth regretting.

In fact, I'm not sure there are many (if any) wrong choices in life. They are merely choices that take us on a path.