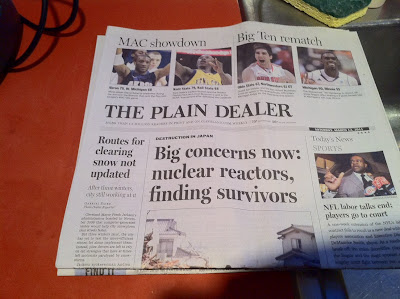 The Plain Dealer edition the day before was too early for the news of the quake; yesterday's was too late, in this world of 24 hour coverage. The headline could only deal with the aftermath, and assumed everyone already knew what had happened. 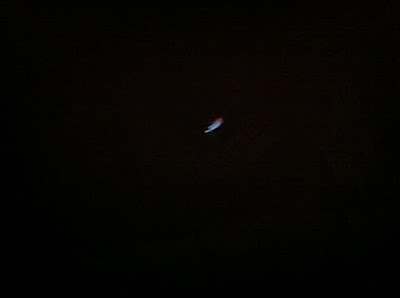 06:45. The pilot light in our gas fireplace. It didn't photograph horribly well. 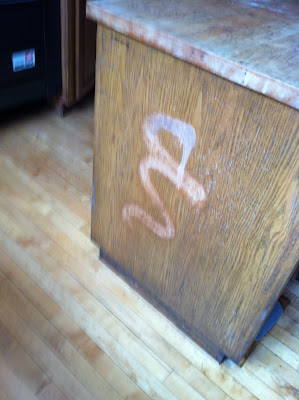 08:15. Apparently, the sorting hat put us in Slytherin House.

Actually, our past housekeeper, Florida, was cleaning woodwork with a rag that had something on it which discolored the wood. That's what we suspect happened. 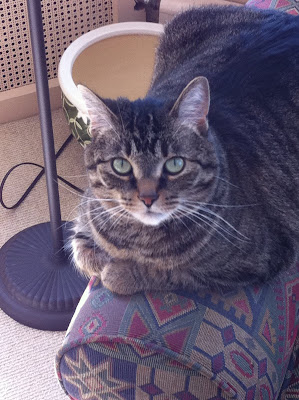 HRH Sophie, to you. 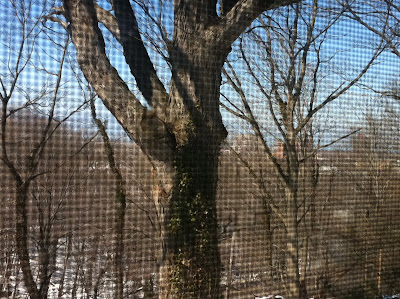 11:45. Out our bedroom window - screens still in. Blue sky - something we have not seen for eons. It helped melt some of the 8" of snow we got the day before. 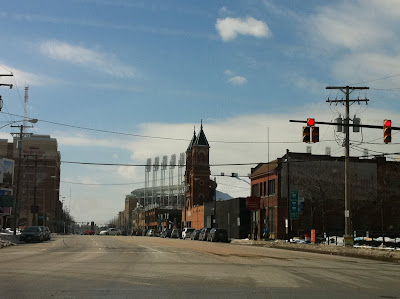 12:00. Carnegie Avenue.
You see some church (got me what it is) and beyond that Jacobs Progressive Field. 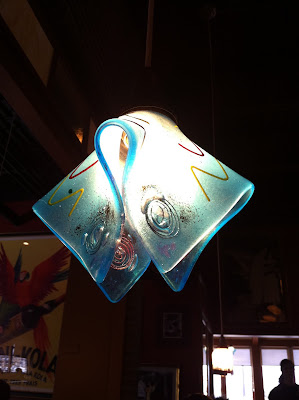 My "favourite" Max & Erma's is in Cranberry, PA. You know these places have a bunch of crazy crap on the wall (per Moe Sizlack). But this one has a poster of the movie Ordinary People. If anything says 'family fun', it's Timothy Hutton and Mary Tyler Moore in a movie about attempted suicide and family ostracization. 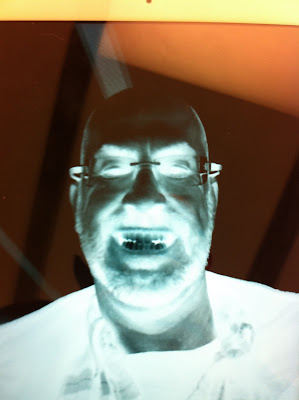 Playing with the new iPad2, which has Photo Booth. I had to take a pic of my pic with my iPhone. I did not buy an iPad.

Scary frickin' self-portrait, no? I left it on the screen for the next user to be freaked out by. 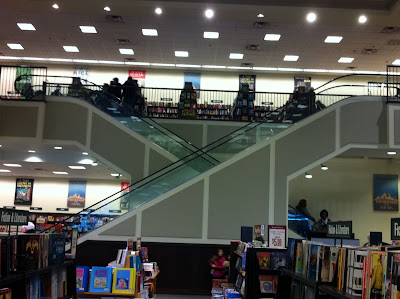 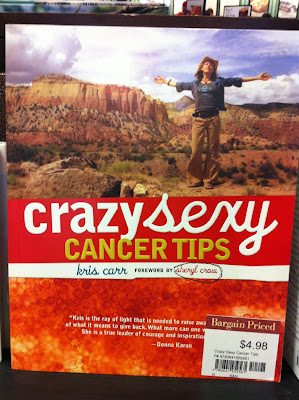 14:42. Honest to g-d. Is there nothing this woman won't do? (you really have to enlarge the image and see that I circled an area.) 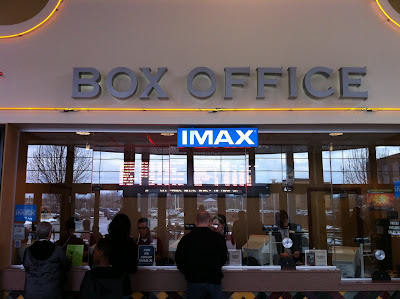 Yes, we're already two behind the goal. Cedar Rapids was the flick. More on that later in another post. No, it was not in IMAX. 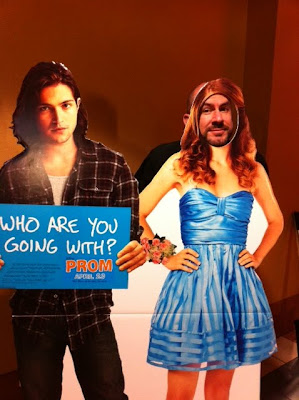 17:00 (or so). Technically, I did not take this picture. Denton did. I mean, how could I resist? I never went to prom, let alone wear a purdy frock like this.

For the record, I probably put my hands on my hips like that more than I care to admit.

I heard people laughing as I posed for the picture. I was hardly embarrassed. 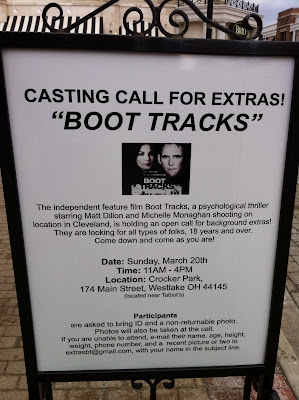 A new movie with Matt Dillon and someone else no one has ever heard of. Filming in Cleveland. And tentatively titled Boot Tracks.

It won't make a dime.

That is it - for this month. Thanks for playing along.
Posted by Blobby at 5:25 AM

I'll go with the "crazy" part of that book title, anyway.
What was the editor thinking?

I really enjoyed "Cedar Rapids." If you like small movies with great acting, you might also enjoy "Barney's Version" with Paul Giamatti.

Hope there won't be any young children looking at your Apple store self-pic; they'll be scarred for life.

That's the coolest lamp ever at the restaurant!

I would make that my profile picture.

I'm imagining you'll have less and less snow pictures to take in future weeks. Fingers are crossed. For now, stick with the Apple pic.....we're you picking up your new iPad 2 ???????????

baseball season is almost here; hopefully it will open in CLE without snow on the field!

scary pix - the apple one and the prom one. blue is NOT your color!

have a good week, blobby!

They can call it whatever crappy corporate name they want, but it will always be The Jake to me.

How many times do I have to tell you blue isn't your colour???

That iPad pic was a little scary, though I admire your inspiration in creating it! Nice set of photos this month, and I like HRH Sophie - very regal in that photo!

Sorry I’m so late commenting – not sure where the time went! My own 12 was up late, but close to the 12th. The comments are way late though!