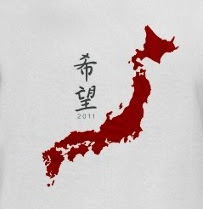 It's been almost a week. I haven't touched the subject.

Today is St. Patrick's Day. I'm not even touching that country or the "holiday". I'd rather stick with Japan. I don't see the point in celebrating snakes leaving Ireland. I guess being an exterminator qualifies one for sainthood.

The media for Japan has been inescapable, and rightfully so. Attention should be paid. The devastation is horrible. ...and it knocked Charlie Sheen off the top of the news for all about 18 hours.

Some of the news has been interesting - mostly stuff like NPR's Talk of the Nation. Some great pieces on what is going on there, without all the hype. Human interest and science broadcasts. Naturally, Marketplace has stories on the economy and recovery. Unfortunately, this all takes place during NPR's pledge drive, but whatta gonna do?

I'm intrigued by the stories of the how the days shorten by a jolt like this shortens a day in time. Or how the magnetic pole either shifted due to the earthquake or how the ever shifting pole caused the earthquake.

Done of these diminish the actual tragedy, of course.

At work, I've been getting requests for Potassium Iodine, and if it can be shipped to clients of clients over are over in Japan.

Such panic. I get it, but like Cipro right after all those anthrax scares in 2001, the supply is limited and now extinct.

Suppliers are out. Production is not that easy and backed up for g-d knows how long. But of course, it doesn't really matter. You can't stock it for long periods of time anyways and it needs to be taken almost immediately upon exposure. By the time it was ordered and shipped, let alone arrived, it's too late to be effective. But that hasn't stopped the run on it.

I feel bad for a friend of mine, Tarek. Well, for his mother, sister, brother-in-law and their kids just fled Egypt during that countries recent unrest. Their destination? Japan.

Totally sucks to be them. They arrived at JFK on Tuesday and are now staying with Tarek. I'm sure he's glad they are all safe, but on the other hand, they are now all living with him. We'll see how that goes - and for how long.

I've got no tidy wrap-up for this post. No words of wisdom. I guess just thoughts of people over there going through this tragedy - and seemingly without the celebrity telethons that went with Katrina, Haiti and 9/11. Have they given up, or do they simply not care?

Song by: Alphaville
Posted by Blobby at 5:40 AM

Maybe everything thinks that Japan is such a wealthy nation that assistance is not needed? I don't know.

I feel bad for your friend's family, not to mention the folks in northern Japan.

They give Potassium Iodine here for free! and somehow Iodine is not a protection from all radiation effects. They said it's only protect from thyroid effect cuz the radiation is more powerful than any drugs can cure.

I think there will be more world wide assistance because there was so much video coverage - we all saw it, again and again so it feels more real than a hypothetical problem elsewhere.