A Year in Pictures

Random pictures I have taken of me or my surroundings in 2010 that I do not think have been published here before. I will attempt to give some background as we go along. 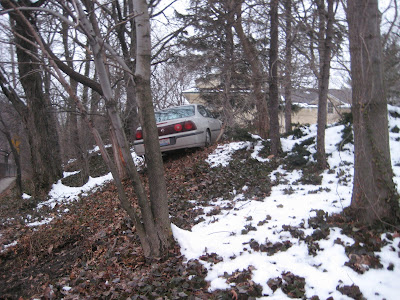 February. Car in the yard. Across an island, across a street, over a sidewalk and then up into the yard. Douchebags. 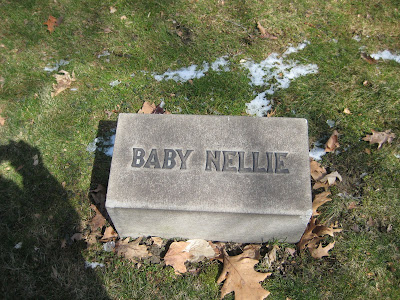 March. Just a headstone in Lake View Cemetery. It was when we were geocaching. Morty pointed it out and made some derogatory comment about me being nellie.

"As if!", I said, with a slight lilt to my voice and one hand placed firmly on my hip! 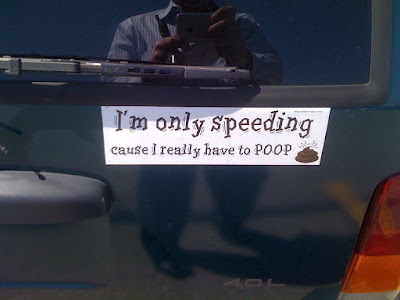 April. On my way to Akron. But seeing this on a parked car, I immediately thought of both Tornwordo and Morty. 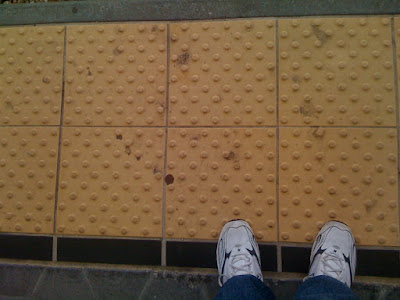 May. Me and public transportation. Waiting to take the Cleveland Rapid on the way to the airport, so Denton could meet me and we could fly to Burlington, VT and then drive to Montreal. These shoes make my feet look so small. They're not. 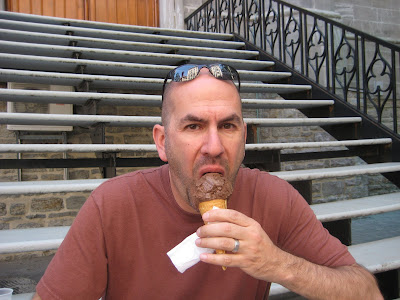 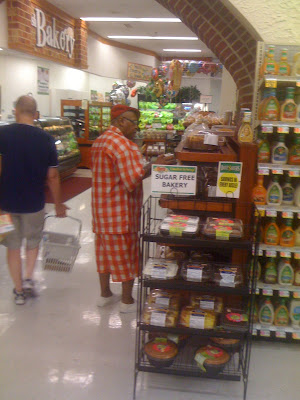 June. I have found Rerun from What's Happening shopping at our local grocery. I always wondered what happened to him. 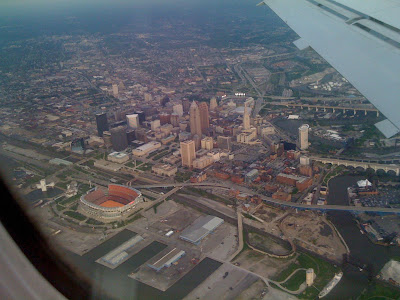 July. DC to CLE. Cleveland from above. Yes, my portable electronic devices were not turned off nor stored. No one died. 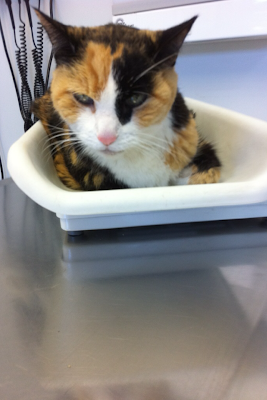 August. Our second to last picture of Tovah. How I miss her so. She's so thin, but man, her colours are still so vibrant. 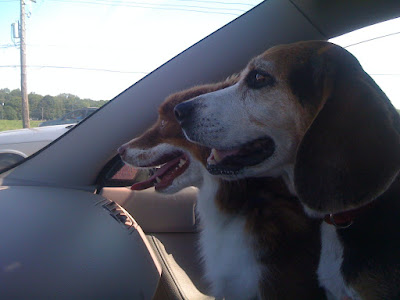 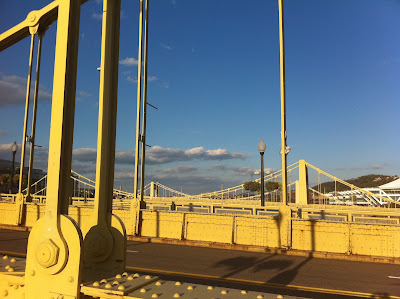 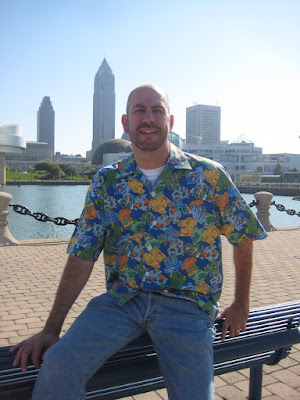 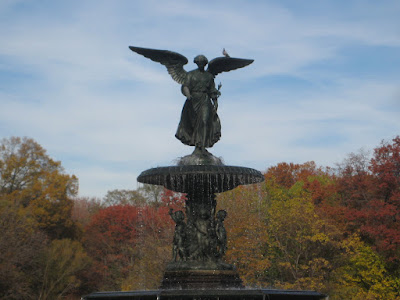 November. NYC. Central Park. Bethesda Fountain. Like in Angels in America, I do believe it is my most favourite place in the city. Definitely in Central Park. 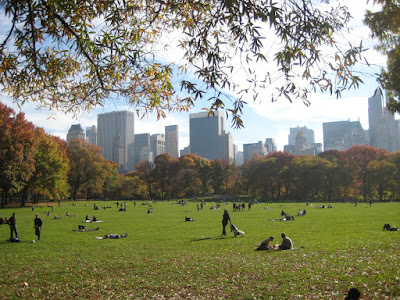 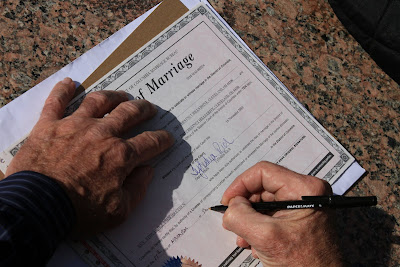 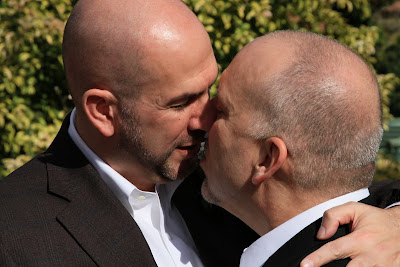 November. You get ONE wedding photo. That's it. One.

I was pretty unhappy with all the 'professional' shots that came in. I know the photog is a graduate student and he only charged $60, but I guess you get what you pay for. I'm pretty happy with this shot though. 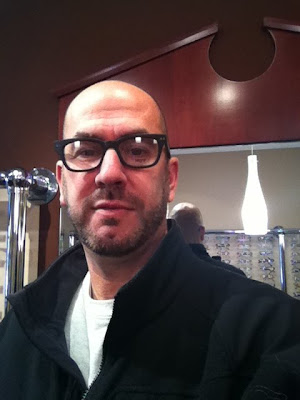 December. Trying to use up all my 2010 benefits. Did the dentist thing, had that thing on my head checked out and got my eyes examined. I am using my vision benefit for contacts, but don't think I didn't check out frames.

I am really digging these. This pic isn't too bad, but it took many to get this decent of a shot. They actually look better in real life. Whatta think - too geeky?


That is it. I won't say these were the best of the best, but I'd like to think I gave you decent snaps as the year went on.
Posted by Blobby at 5:27 AM

YAY! Great pictures...I love the wedding picture and now I want to take a trip to NYC. :-)

It's a beautiful wedding pic, Blobby! Thanks for sharing ti. It make me choke up...really.

You ever watch the Dick Van Dyke Show? Mel Cooley?

Great shots thanks for sharing.

Yay! I'm happy you posted a wedding pic! A beautiful day for a handsome couple.

Oh I love seeing the Spo-shirt again, but you knew I would.

I hope you bought those frames. You could almost pass for Rachel Maddow. Except for the hair, beard, nose, smile, Adam's apple, and chin that is :-)

The pic of Rerun is cool. I love watching guys who wear pajamas out shopping.

Seeing the ice cream pic reminded me to ask, how's your head?

Quite a year Blobby. Petey and Boomer made me laugh, the wedding photo brought tears and I loved the new glasses. Bonne Année

Our geocaching day is the best memory I have from 2010.

I was completely happy.

If we're to get only one wedding picture, you picked an excellent one. It's beautiful. I smile every time I look at it—and the Spo Shirt smiley shot too.

The new glasses remind me of Colin Firth in "Single Man." Very nice. Go for it.

Rerun shopping, made my day!

Yes sir, diggin those glasses....geeky or not. And the wedding shot....definitely priceless. And the pooch and kitty pics can't go without mention.

so THAT'S what denton looks like...a perfect shot of the happy couple!

thanks for sharing, blobby...both the highs and the lows of 2010.

PS - word is "rumptook"; how would one use that in a sentence?

I am very honored you would include the SPo-shirt as one of them; thank you !

Oh, so many great photos.

Yes, get the glasses. Very hot.

Cleveland - i thought i was the only who doesn't shut down my ipad/iphone/kindle for take off and landing. Kindred spirits.

Bumper sticker: can't imagine actually posting that on my car.....