Music of the Year

I change-up how I present this each and every year. This one is no exception. I'll just vomit out what I like and what I think you should listen to. It's that easy.

There are also no hard and fast rules regarding release date(s). The albums will pretty much stick to this year, but the songs - not so much. I probably tripped upon them in 2010, but most likely most of them were released prior to. I will try to note these as we go along.


For album, I'm sorry, this year it is not even a close race for me. And it's my blog, so my thoughts are really the only ones that matter - capiche? Would a smiley face help soften that last line? 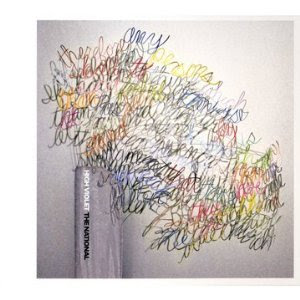 I've had months to contemplate other releases and none of them are stacking up against The National and their 2010 release, High Violet.

Yes, I blogged about it the disk in June and while I got down that it was a great disk, I didn't nail all the reasons it was. A few hundred listens and I might be closer on track.

First off - it's all about the drumming. Check out "Everyone's Ghost", "Lemonworld", "Conversation 16". Is drumming supposed to make you smile?

Yeah, Matt Berninger's lyrics can be considered a little bleak (which I like), but honestly, on so many of the songs Bryan Devendorf's drumming makes me smile. It is complicated, it is intricate, it is somewhat innovative - and it makes me smile. Yes - me!

Berninger's baritone, in most worlds, could be considered limiting as a lead vocalist, but with the song structure and the lyrics he makes the absolute most of it. The accompanying musicians - horns, backing vocals, etc - are a great addition to the core band and it works nicely live and on record.

The songs themselves have done themselves nicely over hundreds of listens. I have yet to get tired of one song and the ones that started as borderline music for me ("Vanderlyle Crybaby Geeks", "Terrible Love") have become essential listens.

High Violet is an album I am still loving and I have played it obsessively. And for those who already have it, iTune has posted a few new songs on the expanded version: 3-4 new songs and then another few live takes and one with alternate lyrics.

When and if you listen to it though, pay spell attention to the drumming. 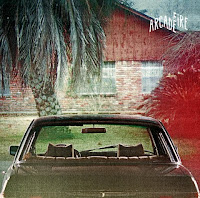 I would guess if there is a runner-up, Arcade Fire's, The Suburbs is the next best release. It's a little overdone, even for me, but has some great shining moments - and they are nothing if not innovative and original. Not everyone's taste, but what is? I'm never huge on concept records, but this works.

As for individual songs, some will be expected, some not as much. There is a major lacking of female artists this go-round. - here we go, and in no particular order:

We Use To Wait - Arcade Fire
not just a cool video

Love is Dead - the Lovemakers
perfect perfect pop (not a bad word) and good harmonies - from October 2009.

crushcrushcrush - Paramore
technically 2007, but it beats anything on their new album

Crossfire - Brandon Flowers
it grew on me

Down by the Water - the Decemberists
from their January 2011 release
Whatta Want from Me - Adam Lambert
what can I say? It's a guilty pleasure. 2009 album release date.

That's it for 2010. I'm hoping for good new music in the upcoming months. If you have suggestions, I'm open.
Posted by Blobby at 4:58 AM

are you getting all cerebral like or something? ;p) There is a smiley face to soften that remark.

I was just introduced to Mumford and Sons by my daughter. WOW. Arcade Fire meets Great Big Sea. Late to the game, but at least I'm here.