Water on the Brain 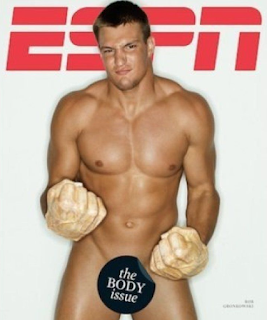 Oh Rob Gronkowki is nice to look at.

While Gronk doesn't look like a brainiac, he was smart enough to retire from football at the age of 30. Considering the physical toll it takes on the body, and how it turns a person's brains to mush, is it any wonder he and Andrew Luck retired at a relatively young age?

Gronk is also smart, in as that he allegedly hasn't used any of his football earnings, living "only" on his endorsements.

He has a new endorsement for CBD products for pain relief.  While it may or may not work, there isn't a whole lot of science behind it and zero regulation.  It's supposed to be cannabis oil (or extract) without the THC, but that's probably not a reality in an unwatched market.

Part of his claim is he had liquid in his head as part of his playing. He's not saying he had brain damage, but his Tide Pods ad tells me differently.

ew, I'd say NO to that without even thinking. and the NFL doesn't care about the players. I don't like football anyway.