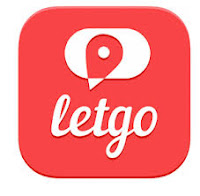 You've probably seen the ads on TV for LetGo.  I dubbed it the "less rape-y / murder-y version of craigslist".

I really have nothing to back that up that last statement.

Letgo is an app (or website) where you sell stuff you don't want. It's basically a virtual garage sale.

As we get ready to let go (get it?  get it???) of my mother's house, there are pieces of furniture none of the kids or grandkids want. They're too nice to just toss in the dumpster, yet I'm too lazy to rent a truck to take them to a donation place.

I'm also way too lazy to sell this shit and haggle with people. Or deal with people. So I opted to give the stuff away.

I tried FreeCycle. Of the 10 or so things I posted there, I got two semi-responses. I did better on TrashNothing, still not as much traffic as I would have thought.  Then one night right before bed, I posted the same items on letgo and went to get my beauty sleep. The next morning (well, 5 hours later), I had 53 (!!!!) responses for this stuff.

.....and it kept growing from there.  Hundreds of inquiries.

Now mind you, I had the foresight to give dimensions of each piece and the condition. I was smart enough to specify - 'no delivery' and 'you must move yourself'.  The past part was I didn't know who would be out there to greet them. One of my sisters had rotator cuff surgery so the can't help move stuff into their van.  And - once again, I'm too lazy.

So, in my pea brain I was 100% sure I'd have all this stuff gone by the following day.

Silly me.  Silly, silly me.

I now believe that letgo is the Grindr of selling / buying apps.  All talk, no action.

People are nuts.  And flakes.  They're basically a bowl on Nuttin' Honey. 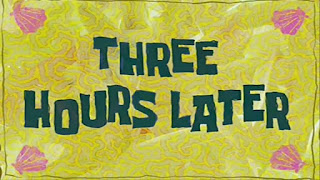 They just don't show. And no text back - after they've been bugging you non-stop.

One poor guy - who was just nice as can be - couldn't find the house. Turns out there is another street named the same as my mother's - in another county whose zip code is a one different digit. He plugged it into his GPS incorrectly.

So, this is a tricky endeavour.  How many people do you keep on the line because you're not sure the folks are serious - or not psychos?

I kept everything "live" until I got word not only did they show, but that they took the piece too. This gets people pissy.

Of the items I had, I only had one decent (actually excellent) transaction.  But it's all gone now. Praise be.

I don't know how it is on the 'sell' or 'buy' part. Maybe it's cleaner if you just don't give it away.

Yeah - this does sound like Grindr.
Posted by Blobby at 12:07 AM

Great post. I do some property management and I have the same issues with renting units. All talk not show. I just do an Open House and if you're there great, if not well its your problem not mine. People whine all the time that they can't make it and can I accommodate them since their time is so precious. That's what the delete key is for. More Sophie snaps!!!!

Do you know of an app where people come and just take it away?

well LetGo can be one of those. Same with Trash Nothing. But I haven't checked if VOA or Goodwill have apps.