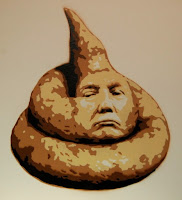 I've said this again and again, and yet, I still surprise myself:  how fucking lower can BLOTUS go?

You know in Sunnydale when there was Hellmouth?  That even had a lower level and nice creatures came out of it.

"And don't forget, we don't let them {immigrants} and we can't let them use weapons. We can't. Other countries do. We can't. I would never do that. But how do you stop these people?" the President said.

Someone in the audience interrupted Trump, shouting: "Shoot them!"

So, keep in mind, when one of those fucktards actually goes and shoots people at the border (not if, but when), IF he bothers to mention it at all, he will say it was a "joke".

We are going down the drain so quickly. I actually get nauseated. 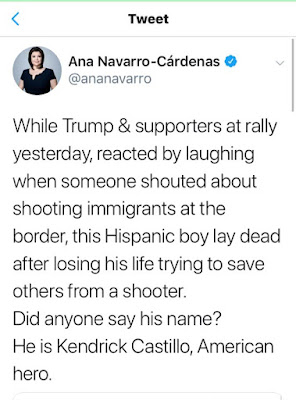 Song by: Screaming Trees
Posted by Blobby at 12:03 AM

it's discouraging and disheartening and disgusting all at the same time. mayor pete sounds like a breath of fresh air against this orange muthafucka.

it is very depressing