the Only Thing Worth Fighting For 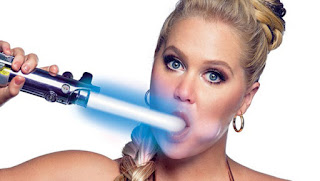 A rainy, chilly Sunday - a holiday weekend no less. I didn't do much all day, save for dog walks and naps. It had been a long week.

As we have Spectrum (ugh!), at least in our sequence of channels, in a space of five sequential ones, there was a Harry Potter marathon, a Star Wars marathon and a Lord of the Rings marathon going on.

I had a nerd chubbie goin' on.

Star Wars and Harry Potter are on all the fucking time, so I settled into hours and hours of Middle Earthville. I missed most of Fellowship, but got to see which is arguably the best, the Two Towers. I used to think Return of the King was the best, but the more I watch it, the more I'm annoyed at Samwise's boo-hoo'ing.  That, and why did a bunch of killer ghosts hiding in the hills have to take boats to Gondor?  I mean - these aren't beings bound by "modern" transportation needs, are they?  Oh - and shouldn't all the sulphur from the exploding Mt Doom have killed Sam and Frodo?

There I was....watching a perfectly innocent Nazgûl fly over Henneth Annûn, when Sam has one of his first truly weepy moments of the trilogy.  While I've seen it 100 times before (ok....maybe 34), my ears kind of pricked up.

While Sam's soliloquy could apply to many-a-scenario, I couldn't help but attribute it to our current political situation.

I'm not always the optimistic one (no......really), but I kind of felt a certain calm with this. And I'd like to think that Gollum's reaction near the end of the clip is one of BLOTUS supporters when they hear we will not let this / him get us down.

Email ThisBlogThis!Share to TwitterShare to FacebookShare to Pinterest
Labels: Lord of the Rings, Politics

PS - your blog title reminded me of this clip:
https://www.youtube.com/watch?v=bzzKPwGhgXs