I'm not a woman (this is actually true!) and while theoretically could get someone pregnant, really can't get a woman knocked up, and I'm appalled by the new abortion bills in Georgia and my home state, Ohio (though you can start adding Alabama, Iowa, Mississippi, Kentucky, North Dakota and Texas to the lists).

While yes, social media is all over this - it's unclear if some of the below are even true.

The Georgia governor signed the bill, stating:  “to ensure that all Georgians have the opportunity to live, grow, learn and prosper in our great state.”.

OMFG.  I don't know it for sure, but he's probably against public funding, food stamps and sex education in schools.  ....and he means all white Georgians, btw.

If actually true, the bill goes into effect January 1, 2020........because...........the law can’t take effect until January because it categorizes fetuses as “minor dependents” under the Internal Revenue Code. I shit you not.  Does this mean child support from absentee fathers starts at 6 weeks old too?

One thing I haven't looked up - doctors who perform the abortions....what are their punishments?

Anyhoo.......some social media items from this all. 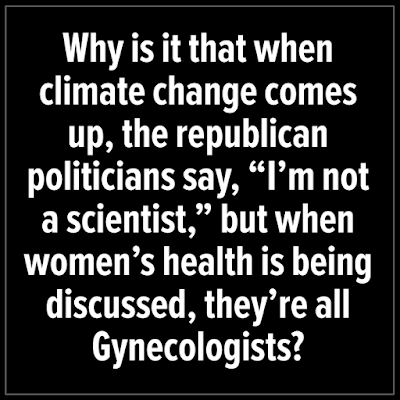 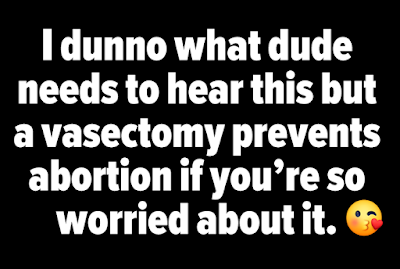 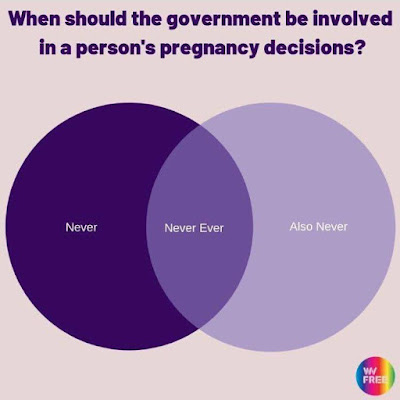 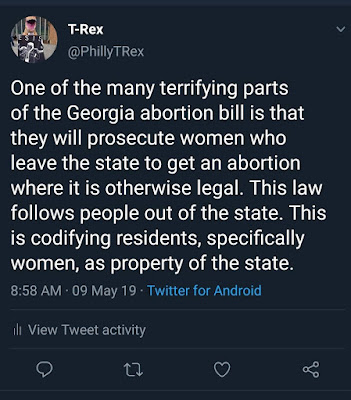 This is actually a possibility. A probability?  Most likely not, but.........it seems like this state would try to float this test balloon to see how it goes. They tried in 2015 without this law. Now they have the law. 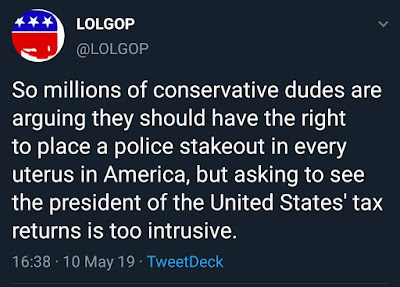 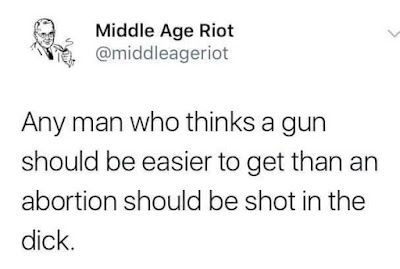 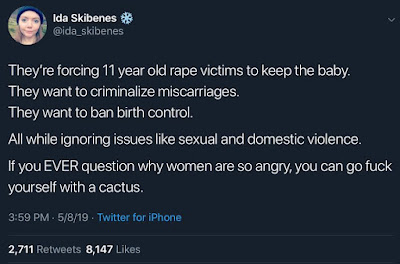 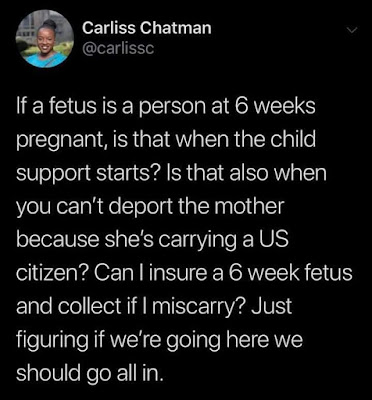 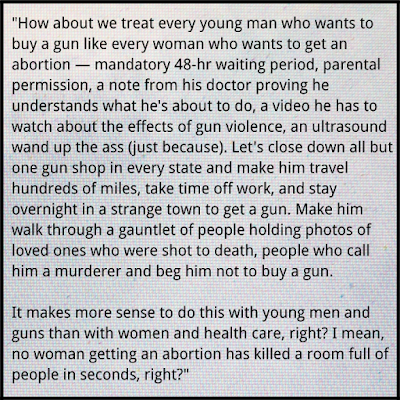 the repukes are "pro-life" as long as it stays in the womb. after that, fuhgeddaboudit.

I agree with that last pic, anyways.