I'd say, "I got nothin'", but I do - it just might not be written as much as shown. I can't seem to deal with the SCOTUS stuff, though horribly annoyed am I at emails I get asking for donations to help block the current nominee.

Give money?  To whom exactly? And to do what?

The senate votes on this turd. Do I actually have to donate $$$ for a democrat (cuz let's face it, there isn't a republican who won't vote "aye" for this guy) to vote 'no'?   Politics on both sides of the aisle is just shameless.

So the rest of my post are just visuals on current and semi-current political shit.  No more commentary. 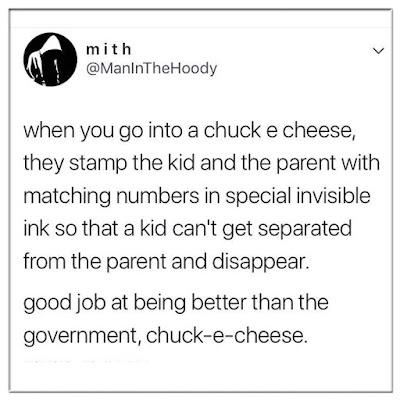 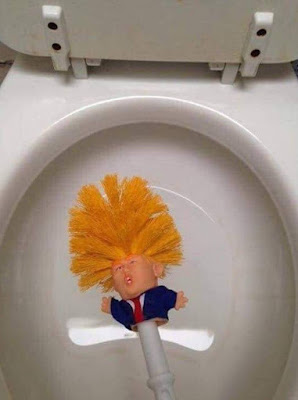 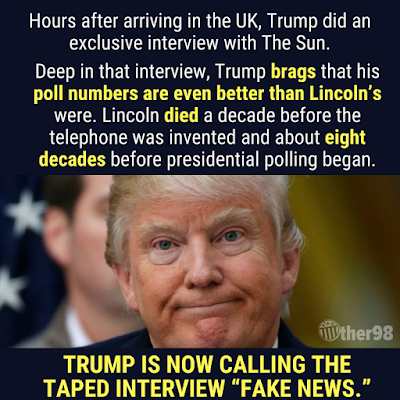 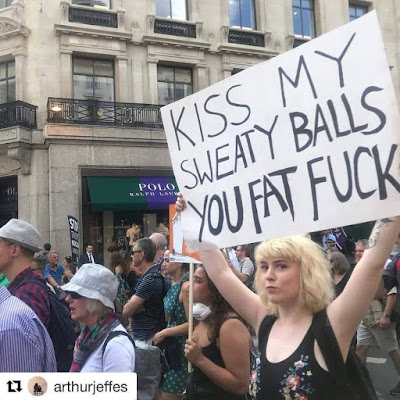 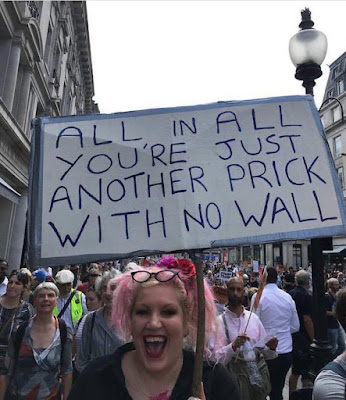 Hadn't seen either of these two banners, obviously not picked up by TV cameras or, if so, not transmittable. Particularly like the second one. Nice to have a bit of wit to supplement the more predictable.

this country has turned to shit, thanks to the dump, the GOPricks, the teavangelicals, the rednecks, the white power crowd. hurry up, mueller!