Madman Across the Water

Where last week we saw some Sophie, I'm sorry to say she makes not appearances today. It was a weird week - the holiday in the middle of a work week....I'm all screwed up on time.

It was so so hot too, we spent little time at home......on purpose. We hiked one day - in the highest shaded area possible. And through a creek.  The other day we went to Bow Wow Beach.  No swimming for humans, but dogs are ok. 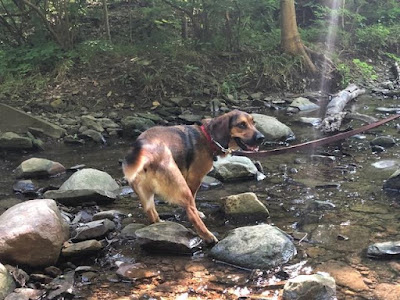 Meandering in a stream 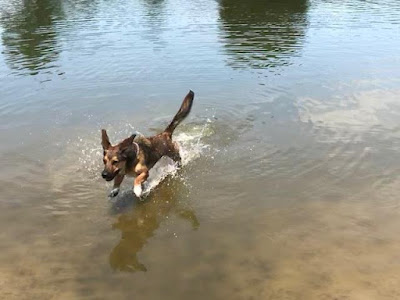 Shep is becoming more comfortable in the water. He's not swimming yet, but he splashes about, by himself and some new buddy dogs (not pictured) 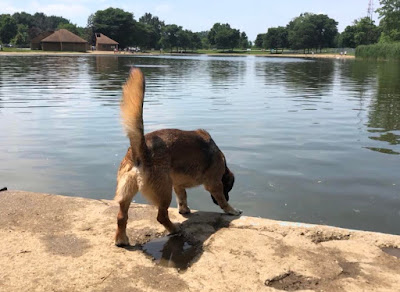 The idea was to get him to pose (ha!) so you could all see the beach. 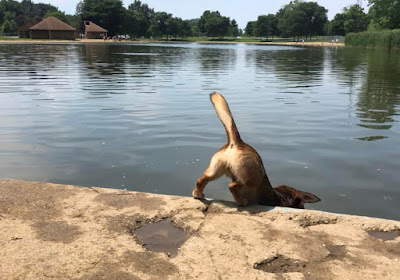 He has other ideas. 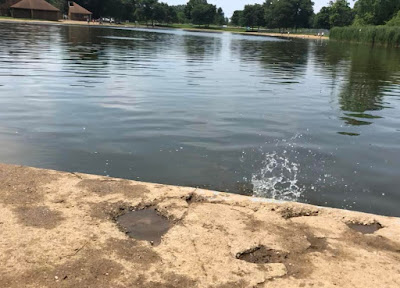 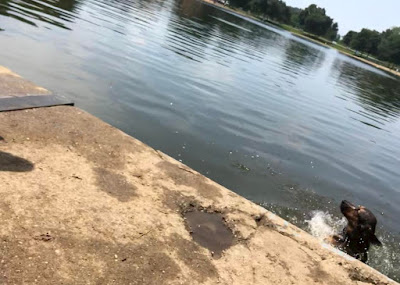 It's the first time he's gone all in. I think he thinks it was dog-knee high and it wasn't.
Shep panicked. I panicked. 710 tried not to.
710 tried to get him to swim over a few feet to walk out, but he didn't. He struggled to climb out of the water, and he did. The entire 30 seconds felt like 30 minutes.

Lesbians stood by cheering him on.  Later recounting the story to neighbors / friends, I said, "lesbians....there's nothing they can't do!", to which Dan quickly replied, "....except be President".

Oh my! Heart-stopping moment(s)! Thanks goodness his daddies were standing by to come to the rescue. I hope you both got extra licks for your efforts.

can you imagine how much better we would be as a country with a gay female as POTUS?!? madam no nonsense would kick our asses!

shep is going to give us all a heart attack with actions like that! scary!

PS - one of my fave elton john tunes.

I,too,would have panicked, seeing him go in like that!

And a Lesbian president would be a good thing. Things would get done!

That boy is growing up!