As we are away for the week, Mr. Shep has been spending time at his daycare / boarding facility.

I know he's being well taken care of, but our hearts tug more than a little knowing he's not with us. From his end, he probably feels like a captive.....albeit, one with beds, friends, food, security and love.  I doubt he sees it that way.

So, I took NONE of the photos this week. These all came from the daycare themselves. They're good about keeping us updated, but not so much so that we are waiting for texts every so often. 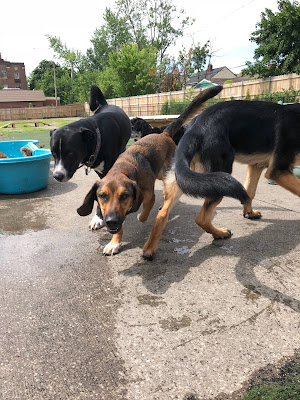 Weaving through dogs we don't know. I'm guessing they're not of his posse. 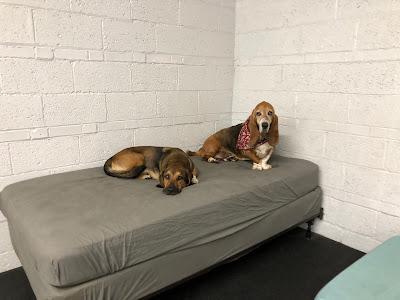 When asked if they were buddies, I was told not really. "Truman is like 100 years old and cannot keep up with Shep".  Too bad. I hope they know they share similar breeding. 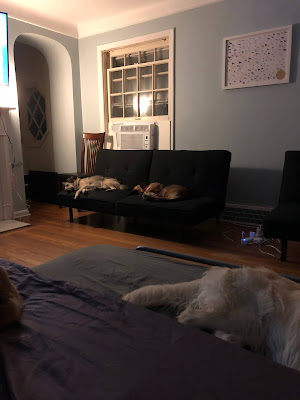 Shep is fickle. He slept with Otis.

They're on the sofa in the background. Shep is on the right. 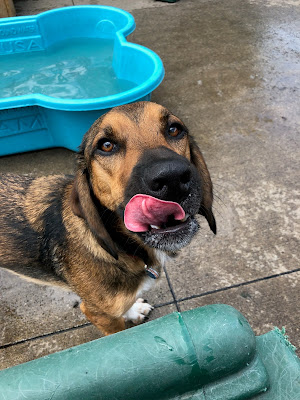 Asked if he played in the pools at all, I got a, "Shep uses them as his water bowl".   That's my boy!


No Sophie Smut this week. No worries, she is being taken care of, but we're not getting pictures from them.  Sigh.

I know you and 710 miss your furkids. they miss you too.

No matter where, always in your (and our) hearts.