Writing's on the Wall 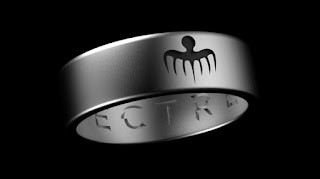 We finally got out on a cold, rainy Saturday afternoon to see Spectre - the new James Bond film.

I have to say, the bigger the budget the movie of 2015, the more average they've been. Mostly this one and Jurassic World.

Now, I think Daniel Craig is a great Bond. I think he's done remarkably well (well, save Quantum of Solace, but that wasn't all his fault). He's nice to look at and is in all but maybe 3-4 scenes. So he works hard for the money. So hard for it, honey.

I have to say, while on the surface, the opening tracking shot of Craig doesn't look impressive, it really really was. And very well done. But then they go on a helicopter ride with green screen technology that was outdated before they even made the film.....it just looks so fake. You kind of want more out of a movie that has an alleged budget of $245MM !!!!!!!!

Now, save for the first scenes with Voldemort Ralph Fiennes looking and sounding like he had cotton stuffed in his lower jaw, the rest of the effects seemed fine.

The story? Ehhhhhhh.......what seemed somewhat clear at the beginning got more than a little convoluted. ...and there is a little spoiler alert next, so avert your eyes if you must.....It expects you to throw away all the previous villains from all the other movies to succumb to the premise that this villain (fairly well played by Christoph Waltz) was behind every other escapade that Bond went on....and scavenger hunt inexplicably kicked off by a posthumous M. The Judi Dench M, that is.

Of course, I'm still at a loss how two people can be taken hostage (or in pursuit of said hostage) with nothing but what's on their back, then be on a train with a beautiful gown and 6" heels and / or a white tux. Forget how they had money to purchase the luxury train ride to begin with......so what do I know.

And at least Dame Judi got some kind of payment for her 48 seconds.

It was an ok movie, but nothing great. I thought the Bond girl - whom I've seen in a few other movies - was possibly one the better, and best fleshed out Bond girls that has existed. And of course one of the other villains, but unknown (?) to be a villain - another spoiler alert - well you kind of knew it from the get-go, let alone the second time you see him and he's trying to grow a cheesy villain-y moustache.

C'mon - the director has to work a little harder than making a guy look like a junior Snidely Whiplash.

I suppose I'm glad we didn't rush out to see it with the big crowds. There were maybe 10 others in the theater. Everyone else was at the Hungry Games - which was playing at seven other screens at the mega-plex.

I think I am the only person on the planet who thought Quantum of Solace was good.