Make Believe It's Your First Time 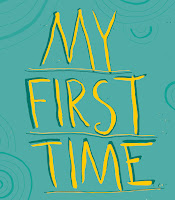 First off let me say what an awesomely bad song choice. It's from Karen Carpenter's ill-fated solo album that sat on a shelf for decades. Because who really wants to hear about Karen's denial of her past sexual history with a new man?

Secondly, Dr. Spo did a meme last week. I'd have taken up the task of First Times sooner, but other posts kept me from moving forward with it. And as it turns out, my steel trap memory isn't that trappy. Of course, I could totally be suppressing memories, which Spo might be going for to generate a new referral pattern for his practice. He is devious that way.

Feel free to participate on your own blog (assuming you have one) if you wish.

My earliest memory
I remember being in a play pen in Mrs. Napierala's basement with her son, who was a few months younger than me. It was a nice basement, as I recall. But she was doing laundry. Lord knows where my mother was - as she clearly abandoned me.
First airline flight
It was a trip to Florida - maybe when I was in seventh grade or so? . There was a huge airline strike and many carriers were not flying. My father not only got our flights switched, but the only available seats were in first class - ruining air travel for me after this forever. Stupid coach!
First time ‘doing it”
Let's just say I was not at the age of consent. Let's just say he was. It was a confusing time.
First surgery
Hydrocele repair.  My right testicle was far and away bigger than the left one (which, is a nice size anyway - thankyouverymuch!). Yes, I was "dating" 710 at the time and he took notice at the difference. As we both worked on an oncology floor, the thought of testicular cancer came into mine.

Now a days, I'm sure it's an outpatient procedure. Back in 1985, it was inpatient. And it would not be my last inpatient surgery by far.

First car
A waxberry (yes, it's a colour) 1971 Ford Maverick.  It wasn't the prettiest car, but functional and had power. And when I got it in 1985 it has 37,000 miles on it.
First death of someone close
1973 the death of my maternal grandmother. I got a peripheral education on death as I would overhear a lot about probate, wills, etc after her death.

I'd lose two more grandparents in the following 16 months.
First drink
I was going to go with Miller High Life in a 32 oz bottle. But then I remembered someone (my grandfather?) giving me some Cold Duck on a Thanksgiving.  Blech.
First regret
I really am drawing a blank. There have been sooooo many.
First time rolling down grass hills
I'm assuming (my memory is failing) it was on a golf course next to my parents house. At the houses before that, I don't remember having hills with which to roll down.  I would have had to be 6 or 7.
First pet
Petunia. A cat.  I would have been 2-3, so it wasn't really my pet. There would end up being Petunia II and Petunia III (my sisters clearly were not good at naming animals) as the previous Petunia's would run away to a farm upstate.
First time you knew you were different
Hard question to answer. Looking back I can't be sure if I had a 'crush' on Rusty Starner or just looked up to him because he was like 18.  I was 3. And this in no way relates to "doing it" question you big pervs.

I do remember (at 14), seeing an episode of Family where Willie thinks he might be gay and his father said all boys go through that stage - and I felt relieved. I woke up one day at 15, reflected on that scene and said to myself, 'it's not a stage'.
First presidential election
1984.  I voted for Mondale.  Well, not true. I voted against Reagan.

First time you felt you were an adult
I held onto adolescence and immaturity as long as possible. I still thinking purchasing our first house was the first time I truly felt like an adult.

I wrote the check for the Earnest Money with a Simpsons check.

First opera
"Faust".  My sister and future brother-in-law sang the roles of Marguerite and Faust respectively.
First time out of the country
Canada. Niagara Falls and Toronto.
First job
I try not to count cutting lawns, babysitting or caddying "jobs".  So I will go with something worse: at 13 I shined shoes at the country club for men who left them in the locker room while they played 9 or 18.

Upon their return, I cleaned their golf spikes.
First time you ate rats at Tewkesbury
Still waiting?

If this is code for anything, then I don't know.  If it is not - then I haven't.

First kiss
Honestly, I cannot remember. So when they say, 'you always remember your first', apparently they don't mean 'kiss'.

First realization of the axiom “life is not fair”
I don't really remember the first time. I do remember my mother telling me at 17 that I was too young to be this cynical.  So, it's safe to say it was before I was 17.

First disgraceful behavior
I shoplifted a copy of 'Dr. Jekyll and Mr. Hyde".  I was in middle school at the time, though I'm sure I did other disgraceful things earlier - depending through whose eyes one might be looking.

Song by: Karen Carpenter
Posted by Blobby at 12:03 AM

karen carpenter had a solo album? and she had sex?

Very good, we'll see what we come up with next to help build Doc's practice.

And the winner of Causing My Morning Spit-take Goes to Anne Marie: "She had sex?"

@bob - I aims to please. I'mma here all week, tip your waitstaff, try the fish!

thank you for doing this; I enjoyed the responses, especially the rolling down grass hills.