In a realistic world, Carlene Carter is known four things - and possibly in this order:

A. Being the daughter of June Carter (who she is eerily looking more and more like every day).
B. Being the temporary wife of Nick Lowe.
C. (coming up below in this post)
D. Making her own music.

Carter still makes music, but she's almost never made hits. Some of her things were critically received but very little has commercially done so. I can only truly think of two song of hers - "Every Little Thing" and "I Fell in Love".

I won't say she had a bigger starring role in Lowe's "Cruel to be Kind" video, but there were clips of their real wedding along with fake clips made for the video itself.

Still, she was a June Carter-Cash's daughter, though her father was Carl Smith....and not so oddly Carlene didn't use "Smith" as her last name, not when you could be part of the Carter Family. Still Carlene was what was probably known as a "spitfire" in country-music circles.

On her early '80s disks, she used British musicians - Lowe, Dave Edmunds, members of Squeeze, other than Nashville types, though to be fair, Rockpile and such did quite a bit of Rockabilly and often had more soul than some of those in Music City.

I'm sure she rocked Nashville's world (not in a good way) back when it was a bit more stodgy when she was quoted as saying:  "I put the cunt in country".

I haven't really thought of Carter in years............until Sunday whilst at Homo Depot. 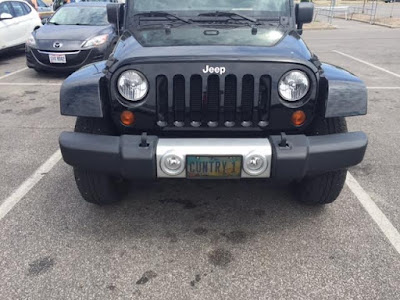 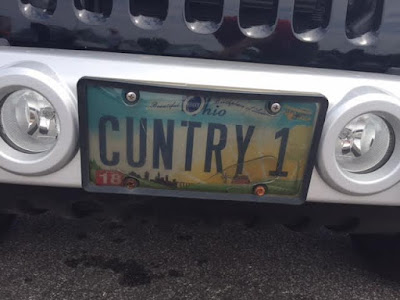 Somehow this slipped through the Ohio BMV.

Song by: Rosanne Cash   (Carlene Carter's step-sister)
Posted by Blobby at 12:12 AM

interesting...HOW DID that make it?

Heads will roll .... with laughter!

Honestly, who would want to drive around with that plate?