Petey had a rough start to the week. Not sure why he was ill, but he was.  A few days of rice and chicken - instead of his boring old kibble - perked him right up and he's back to normal.

I wish he liked to swim (or water at all), because it was so hot, it would have been nice to take him swimming somewhere. But he is not a water dog in any sense of the word - unless it means drinking it. 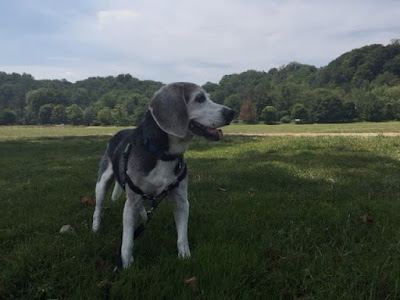 On the way out to see my mom, we stopped at the polo fields. (oh yes, where I grew up, we actually had polo fields!)  He loved it. Soooooo many new smells. I was hoping a horsey would be there for him to check out. Alas, there were none. 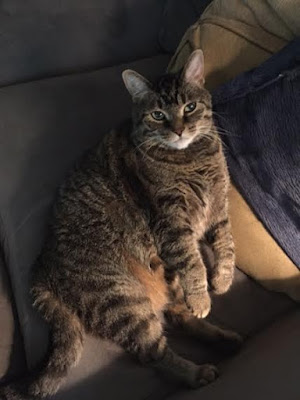 Sophie was in no mood to pose. But she never is. 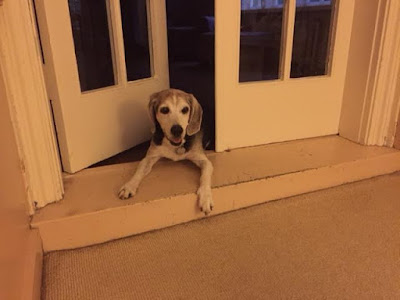 Our sunroom was an add-on way back when. The step you see Petey laying on is cement and use to be the step to the outdoors. He's taking to laying there lately. I think it's cool on these hot days. 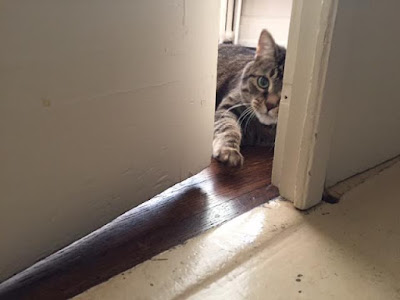 Same entry. Sophie just playing with the door. She can come and go as she pleases, but she would rather play the victim of not being able to get in or out on her own. 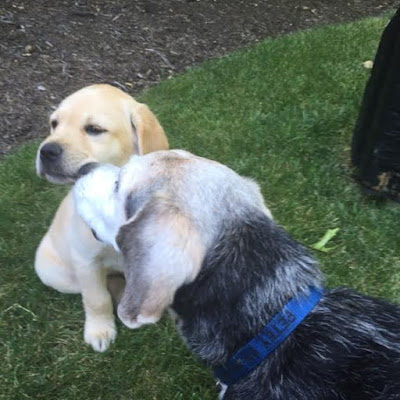 New 8 week old Omar meets 13 year old Petey. Omar looks annoyed, but he wasn't. Petey was very intrigued. And Omar was so cute and so soft.

and your furkids are cute as always.

That non-posed picture of Sophie looks like a Kitty Boudoir shot.

Love that photo of Petey at the polo field. :-)

dogs are lovely not matter what age they are.