It's the end of August, but this week has been like early October, temp-wise. Allegedly going back into the upper 80s next week. In a way it's been nice, as it is Petey's optimal walking temp. We can go far distances without him getting overheated. 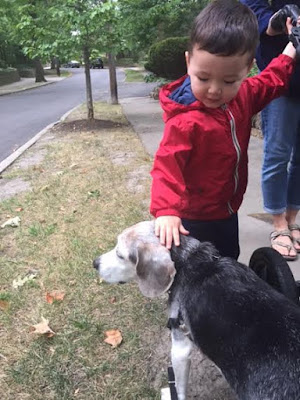 Petey really is the mayor of a our 'hood. Everyone knows and greets him. Cars stop to ask about him, never actually addressing 710 or myself. "Hi Petey, how are you???"  Even a woman who hates dogs. But she likes Petey.

And 2 year old Theo, is afraid of dogs.....except for Petey. He yells "PETEY!" when he sees us down the street. And then pets him very gently. 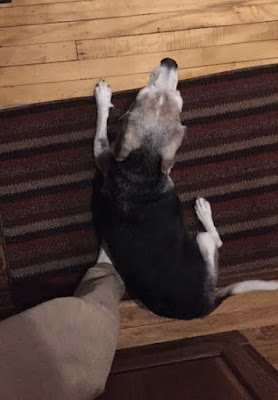 Pete is very happy to flop down and lie on my foot while trying to get something from the pantry. 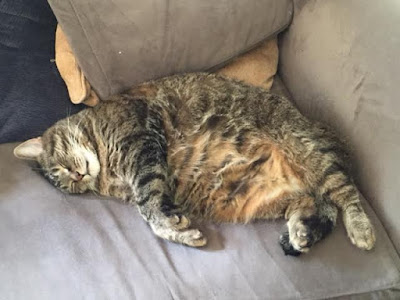 Stripey McBrownerson, doing what she does best. 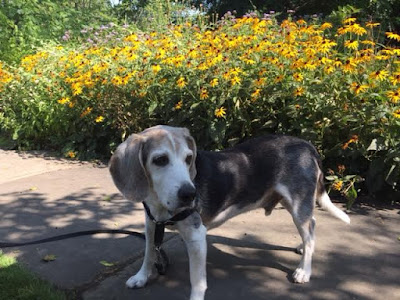 I couldn't get a great shot of Pete in front of the Black-Eyed Susans.

I'm not even sure how these are still alive. Ours went away weeks ago.

That's all for this week. Stay tuned. I almost guarantee there will be other Petey / Sophie pics next week.

they look so innocent when they are sleeping, don't they?

I love little Theo stroking Petey. Little kids are so cute with dogs.