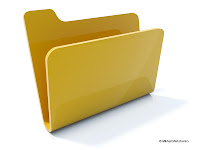 Blobby is one unhappy camper.

I've probably never been the happiest, but yesterday just sucked.  Correction:  one moment just sucked and it ruined just about everything.

It is against IT policy for individuals to back-up their computer via jump drive and such, but I should have broken the rules. Firing me would have been better than the alternative.

The task was to take 4 hours.  Meanwhile 46 hours later, I get it back.  Minus every file I have ever had.  EVERY one.

My contracts are gone.  My budgets are gone.  Performance reviews of my staff are gone.  All my reports are into the ether. Policies, procedures, performance guarantees, you name it is missing from my computer.  My hard drive is as clean as a whistle.

I guess if there is luck, I delete very few emails.  So of the 15,000 I have, I can start to rebuild some of these items.  I just don't know where and how to start.  Who sent this stuff to me?  What did they name it?  What was the subject in the email?

IT will work on trying to recover, but I'm not horribly optimistic about it all.

I suppose it would be one thing if I were just starting a job, but I have all this history wiped out and the truth is, clients don't care about my woes in this regard.  And we support these same clients in some of our IT systems for what we do, so I can't really bemoan my issues without sending up red flags to them that they are paying for this potential kind of service, or lack of.

Right now, it is all too much to contemplate.  I'm going to schedule this to publish in the morning but I'm going to try to get some sleep.  I think it's gonna be a restless night.

IT didn't back up your hard drive?! Are they idiots?! Man, that is one serious flaw that should cause that worker to consider a new career--somewhere else. Use the Cloud.

Fuckity fuck fuck! If they didn't back up your stuff they should be fired. And you could have backed it up, but they told you not to. Those idiots!

Perhaps this is the Kobayashi Maru Test and next time you can supply them with a dummy laptop.

Seriously, it is unbelievable (and inexcusable) that a corporate IT department would not have all of its people backing up to the cloud at a minimum.

I use a 3-pronged approach. I have a non-stop data backup on a mirrored partition; a nightly data backup to the cloud; and a weekly full backup to an external device. I suggest you set yourself up similarly because it appears your IT department is incompetent.

Even though this mess is not your fault, you are the one who is going to catch a flaming arrow in your ass if a project falls apart because of this.

See, when a rule makes no sense, I just break it. I'm all for being a scofflaw, and this just proves my point. I hope they can recover your stuff, that just sucks.

I'm so glad I don't work in IT any longer.

At least in a paid IT position....

Well, at least you can go all Swedish Gunman on IT now with total understanding.