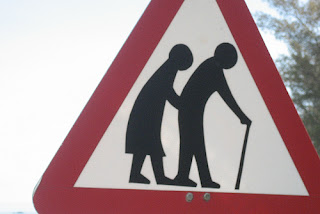 I figured that going to that 30th reunion should buy me at least two posts, right?

I am trying to piece together a good post, but maybe my mind isn't there and might never be.  So this might just be snippets which are tied together by no string, no common thread.

Actually, there could be a string - age.  That's not so shocking when it comes to reunions or funerals.  It's the like taxes or like an Adam Sandler movie - no matter how shitty his films, he will still release another one - it is just inevitable.

While I was at the reunion on-time, most were not, and while drinking and waiting, the few of us were, honest to g-d, were comparing readers.  Not e-readers.  No we were yakking about those drugstore bought glasses we need to see fucking menus and such.  That is how the reunion started.   It took us a a few hours and a few more people to get into things like bad tendons, rotater cuffs and sore backs.  Misery does love company.

More than once the disbelief that 30 years had passed.  It's not shocking or amazing really - just a little odd that I don't feel like I've been gone from high school for three decades and yet it was 10 lifetimes ago, since I separated myself from it while even in high school.   The guys at the reunion were all very nice to me and I wondered, to myself, why we couldn't be this way when we were that age.

Tom H, while we were drinking, asked me something about something and I told him, in a good way, how nasty he had always been to me back then. He honestly looked shocked, not that I said it, but that it didn't seem something he realized.  But at 14-18, how truly self-aware are we?  I would like to think I was, but I was always older than I should have been - and more cynical too.  Yet on the flip side, most men, myself included, are still 14 year old boys when it comes to humour and such.

While Tom didn't apologize (nor was I looking/asking for one, as it was just conversation), he really searched as to if I was really talking about him.  We just don't see ourselves in certain ways.  I get that.  And we had a lot of growing up to do.

Or my concert band director.  Surely he was 55 then?  And STILL there?

I'm not sure if mine was the typical reunion, or reaction to a reunion.  I suppose it makes us all reflect and ask ourselves things.  Being a same sex school, we didn't have those interactions of who dated who - and if Mary Sue showed up who had bopped the entire class.  We were guys - guys who don't talk about anything significant.

Really, it was not a criticism.  Others and I talked about how invisible we felt.  I wasn't looking for therapy.  I didn't get it.

I'm amazed how many of these guys are sending their kids to the same school - now co-ed.  Maybe it's going with the devil you know.  Maybe they didn't have the same experience I had.   I'm sure they didn't.  Their hero teachers were the ones I despised the most.  I didn't dare say that, as clearly I was not in the minority, I was the minority.

Oddly enough, sometimes I do know when to hold my tongue.

Still no pictures from the event.  So all you get are the ramblings of a very tired Blobby in a Nashville hotel room in the middle of the night.   I'll shut up now.

Song by:  Joni Mitchell
Posted by Blobby at 6:33 AM

Had there actually been a reunion for my class this year, it would have been our 40th. I don't have a lot of good memories about it, so I don't think I would have gone.

I've had the same experience you had about your classmate. I've been friended on FB by someone who clearly does not remember how cold she was to me all during our school years, even embarrassing me in front of others. Today, she could not be friendlier and in a genuine way, so I let it go. But isn't it odd that they don't remember it?

" Aging children, I am one"
At our reunion, it emerged that the girls were much "MEANER" than we boys.
Life becomes a great equalizer. No one escapes unscathed.

these things are bittersweet.
I promise promise myself I will never discuss constipation or my bowels in a group, as I see in so many 'old circles'