Sisters of the Moon 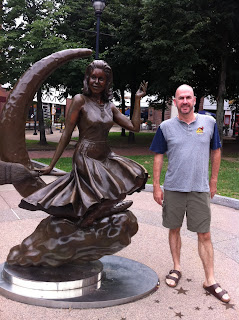 Hell, if you're going to take a trip to Boston, you may as well go the extra mile and hit Salem.

I really had no big desire to go, truth be told, but it wasn't far and it sure beats going to Mystic River Pizza or something.

There was controversy a few years back when the town opted to put up a statue of a witch.  Not your Margaret Hamilton kind of witch, or any of the ones from Macbeth. And Hermione Granger wasn't even a Hershey bar in  J.K.Rowling's back pocket way back then.

So, who do they go for?  Well, there really is only one choice:  Samantha Stevens.

People, if news articles were to be believed, were up in arms over this. I wasn't.  I loved the show.  Even then  sexually confused Blobby had a wicked crush on Samantha, and her evil dark-haired cousin, Serena.  It was probably a litmus test of homo boys back then.  Uncle Arthur should have confirmed that.

Ok, Sam might have made Derwood the best double martini, but she wasn't really representative of what went on in Salem when it came to the practice of witchcraft.  But it's hard to have a bronze cast of Goody Proctor or any other witch being hanged or drown.  It's just a downer for tourism.

....and Salem is all about the tourism.

The one place you will not find a word on witches in Salem?  The Salem Visitor's bureau.  It is all maritime, all the time.  The thought of total omission made me smile.....inside, where it counts.

Here is what you will find in the center: 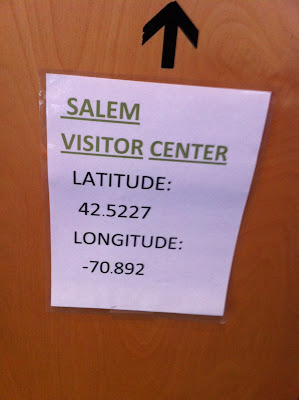 Because knowing your exact coordinates is..........necessary?  I suppose if you were a sailor. I just had to navigate to the bathroom.  ....and there were signs, so no compass was needed.

There were two other points of interest in town and we saw them both.  One was the House of  the Seven Gables. 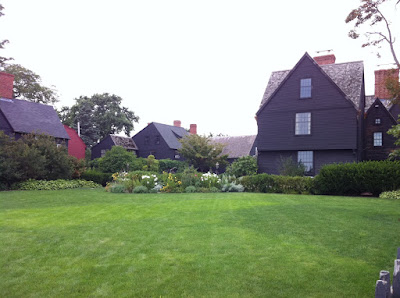 Yes Hawthorne wrote a book of the same title.  That his boyhood house was right next to the actual one let Denton to think, 'write what you know'.  "Um......I'll write about a house.....but which one...?" he probably pondered.

I'll admit, I have never read it.  Neither had Denton.  Neither had anyone who was talking as they were going to and fro.  "I started to read it", I overheard a late teen say, "but it was boring, so I just quit...".    Let's face it, Demi Moore in the movie version of 'Scarlet Letter' was probably a deal breaker for anyone reading anything else from Hawthorne.

It was a cool looking house, but we didn't pay to get in there.  The crowds were like a Who concert in Cincinnati. 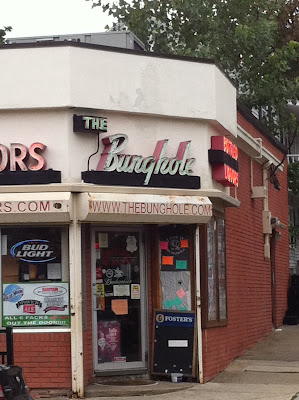 It was an ok two hours - only because we got our cardio in by walking a few miles, but I was ok to get the hell out of there.   ....but clearly, not before I got my picture taken with Elizabeth Montgomery.

Oh Salem... I used to live on the 'North Shore'. Right after I graduated college I lived up that way and spent some time hanging out in Salem. I really like it up there.
You should see it once October rolls around. As you can imagine, they take full advantage of Haloween. It's INSANE.
Fun, but absolutely nuts.

"I am cornholio, I need TP for my bunghole, bungholio..."

I also had a crush on Sam from Bewitched at a young age. Turned out I wasn’t gay though. Before long it was the bionic woman, then Christy Mc Nichol, and finally “Jo” from The Facts of Life. I think the real test for homosexuality in the 70s was “did you get off to the Farrah Fawcett red bikini poster or the Christopher Atkins Blue Lagoon poster”…?

Too funny... the time to visit is in October when the city goes absolutely gang-busters and witches and warlocks from all over the world descend upon Salem.

How many of the Bunhole shirts did you buy? C'mon, tell the truth.

My Puritan NE ancestors must be rolling in their graves to think what has happened to their experiment to make NE God's home on earth.

I suppose having a statue of a fictional tv sitcom character is all the rage. Think MTM as Mary Richards in Minneapolis. But America is not alone in this! There is a statue of a certain fictional Cyrano in the town of Bergerac, France.

I wonder if there are other instances of civic statues raised to fictional characters?

Just sent you a photograph that you are not going to believe.