Payin' the Cost to be the Boss 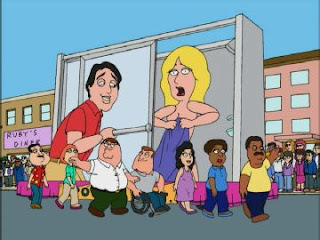 I travel a lot. The boss who hired me when we moved to Cleveland, way back in 1996, also travels a lot. We parted ways about 12 years ago and I haven't seen him for 11. But with all of my ins and outs at the airport, running into him was bound to happen - right?

I was the only male who reported directly to him and he provided me tons of opportunities - which really helped me become the professional I was. However, he also provided me with how not to be a manager. His appropriateness, or lack of, were just textbook on what not to do or how not to behave.

That being said, the man helped fuel my heavy drinking. We'd go out 3-4 nights per week after work. We'd even stop to get a drink on the way out to drink. Denton was not outwardly unhappy with me, but was relieved when Clint and work parted ways. He didn't like it when I was out until 11pm drunk drunk drunk.....and then drive home that way. That I never had an accident or DUI is a major miracle. I should be beatified by now.

He even intruded on times when out of town friends would come to Cleveland. Morty and Becca can attest to this.....though Morty made the most of it with funny, still-used quips.

On the plus side, he turned me onto darts, and I played so often, I own two sets and became quite good at it. But I was playing 3-4 nights a week.....and doing it drunk.

Denton and I would go out with Clint and his wife quite often for dinner, but I was always so uncomfortable in how he treated her, and she really was a nice woman. But it got to the point that we just stopped accepting invitations and then it just became no communication for the last decade.

People I had worked with or that I was in professional organizations would ask me about him, but I had no idea. He really just dropped off the face of my earth.

But there he was - in Concourse D. Standing with a woman not his wife.

Correction: standing with a woman, not the wife that I knew.

I made the first move and went up to say 'hello'. He had to have seen me, but I figure I'd be the "bigger man". It was an ok conversation, but somewhere stilted, and in there he slipped in that "Diane", the woman he was with (I honestly don't remember her name) was his wife. Ooohhhhhh.

Guess the starter-wife, of 25 years, had had enough. Can't blame her for that.

The stranger thing was that she traveled with him weekly, or would never see him. I joked, 'well at least you get to see the sites when he's working 12 hour days'. The answer was 'no', she mostly stayed in the hotel room. Ewwwww. What's up with that?

Weirder - I think - was that when introduced to her, she seemingly recognized me by name. She commented, "he talks about you all the time". I'll say it again: 11 years since I have seen him.

I guess it was nice that he asked about Denton. But hell, he had a new wife, why did he not think I did too? Don't I deserve a trophy husband? (ok, this lady seemed nice, but hardly 'trophy' anything.)

Maybe he was being nice, but said he would like to get together for dinner. I don't think that's a relationship I'd like to start up again. It would be too strange.

Song by: Pat Benatar
Posted by Blobby at 5:10 AM

Do you think of him as a mentor? I know I wish I could have one more dinner with my old mentor (now deceased). There was so much left unsaid.

He reminds me of Someone's ex boss. I called the fellow "Mr. Sleazy Weasel." He was forever seen with someone not his wife.

The "he talks about you all the time" is a bit creepy.